Shark Tank India: Here’s how the business show is breaking the clutter of monotonous reality content Shark Tank India: Here’s how the business show is breaking the clutter of monotonous reality content

Reality shows are one of the most consumed content on Indian television, with most of them dominating the dance and singing segments. Then there is also Bigg Boss, Khatron Ke Khiladi and Kaun Banega Crorepati, which enjoy a mass fan following from the audience. While some of them have seen a drop in their ratings post the first few seasons, they still relish attention from a loyal audience base that keeps coming back for the format. However, it also won’t be wrong to say that many of these television series are often criticised for being over dramatic, and for playing up on sob stories in order to win the TRP race.

Especially in the last few years, many celebrities and netizens have openly criticised the makers for harping on emotionally charged stories for grabbing eyeballs. This has obviously distanced a certain age group of viewers from television, and with an influx in the digital space and diversification of content - the gap has increasingly widened over the last few years. But there is one show which is presently winning hearts across age groups and regions. Shark Tank’s India version came out of nowhere, completely unexpected, and became a nation’s favourite in no time, and a lot of credit for it should go to different social media platforms. They inadvertently helped the show gain popularity through memes, reaction videos, and a lot more. 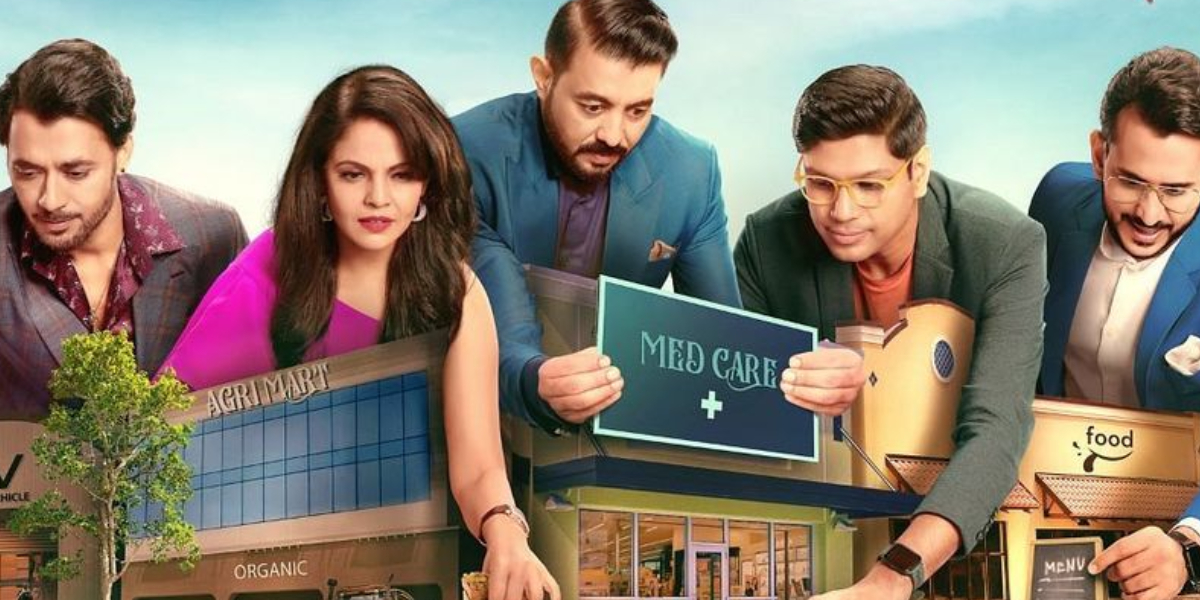 Its first season was launched in December 2021, with famed entrepreneurs Vineeta Singh, Peyush Bansal, Ghazal Alagh, Anupam Mittal, Ashneer Grover, Aman Gupta, and Namita Thapar headlining the show. While it took a slow start, it gradually erupted on social media with netizens making memes from judges’ reactions and dialogues, and it only benefited the project in many ways. In fact, the recently released Shark Tank India Season 2 saw a lot of buzz before its release, and is already making noise after the unveiling of its first two episodes. While Ashneer Grover is not a part of this season, Co-founder and CEO of CarDekho Amit Jain has stepped in this time.

The show has offered a unique, never-been-tried-before content for the Indian TV audience, and probably very few people would have expected it to do well before the release of its first season. In fact, in a recent conversation with Pinkvilla, Vineeta Singh, Peyush Bansal, and Aman Gupta had opened up about how they hadn’t expected the show to receive this kind of attention. Gupta said that the show’s presence on TV and social media have helped each other. “It was beyond expectations,” he emphasised, while Vineeta was quick to add, “Who would have thought (that) Indians would be interested in a business show?” And in a way she is right. In times where the whole television space is dominated by this template format of reality shows, Shark Tank India stepped in and broke the clutter.

Now instead of discussing the contestants’ sob stories, families in their living rooms are talking about the scalability of the featured business idea on the show, are getting inspired by the content, are seeing themselves in the upcoming entrepreneurs, and words like EBITDA (Earnings before interest, taxes, depreciation, and amortization), Equity, and ROI (Return on Investment) are getting increasingly famous, and rightfully used. On a personal note, I am myself enjoying this content on TV after a really long time.

Yes, if you compare it with the International version of the show, our version may be a bit more dramatised, but it still strikes a right balance between the content and emotions. Even if the pitch starts on an emotional note, it still ends up being a practical decision when it reaches the investment stage. More so, it’s also a welcome relief from forced celebrity cameos, pompous movie promotional campaigns, and unnecessary controversies, which many other reality shows proudly endorse.

Sometimes we underestimate our audience by assuming that certain kinds of formats won’t work for our viewers, but Shark Tank India proves that if adapted correctly it can be accepted by the masses. Television is truly one of the most powerful mediums in India, and if used correctly it can help in inspiring and driving the audience in the correct direction. Shark Tank India is one important step in that space without compromising on the entertainment.