10 Best Alexandra Daddario Movies according to their IMDb rating

Recently in attention for her Emmy Nomination for White Lotus Alexandra Daddario was spotted on the red carpet in a stunningly sheer beaded Dior gown. Here are the top movies by the actress. Alexandra Daddario looked particularly stunning at the 2022 Emmy Awards on September 12. The 36-year-old actress was nominated for the award of Outstanding Supporting Actress In A Limited Or Anthology Series Or Movie - 2022 for the role of Rachel Patton in White Lotus. Not just that, the show White Lotus was nominated for the Best limited series. Alexandra was spotted on the red carpet in a gorgeous Dior Haute Couture one-shoulder, sheer asymmetric pearl-embellished gown. She picked the dress from Dior’s spring 2022 couture collection.

Alexandra Daddario looked particularly stunning at the 2022 Emmy Awards on September 12. The 36-year-old actress was nominated for the award of Outstanding Supporting Actress In A Limited Or Anthology Series Or Movie - 2022 for the role of Rachel Patton in White Lotus. Not just that, the show White Lotus was nominated for the Best limited series. Alexandra was spotted on the red carpet in a gorgeous Dior Haute Couture one-shoulder, sheer asymmetric pearl-embellished gown. She picked the dress from Dior’s spring 2022 couture collection. 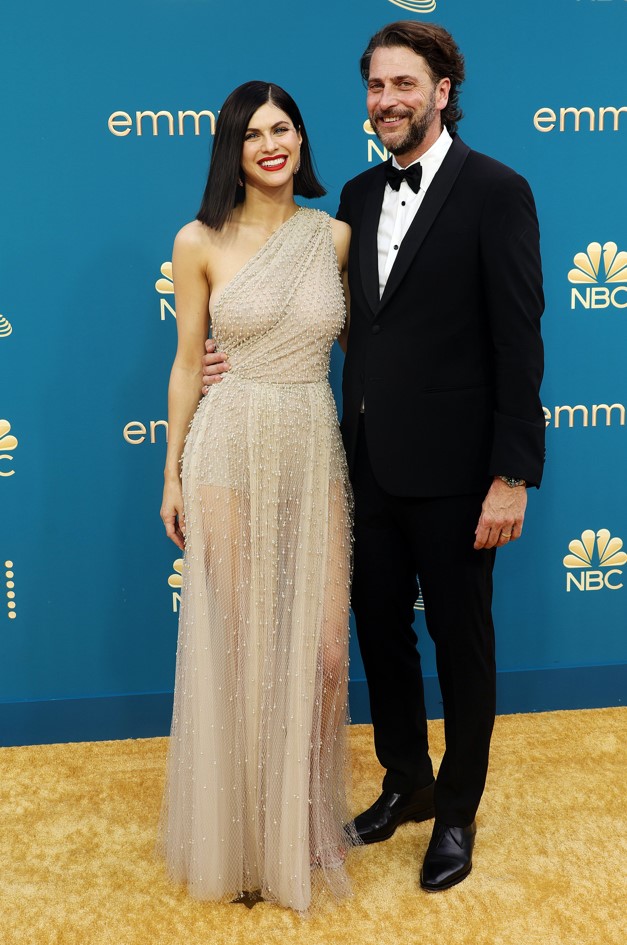 Daddario’s one-shoulder neckline was complimented by dangling diamond earrings. Along with a sultry smokey eye and a bright red lip, the actress flaunted her jet-black hair in a classy bob.

The actress was nominated for the Emmy Award in the category of Outstanding Supporting Actress in a Limited or Anthology Series or Movie for her role as Rachel Patton in the HBO show “The White Lotus.” However, the award was won by her co-star Jennifer Coolidge. Her fellow co-stars Sydney Sweeney and Connie Britton were also nominees in the same Emmy category.

Apart from White Lotus, this talented actress has delivered a number of great performances. Here is a list of top movies by Alexandra Daddario along with their IMDb rating.

This American romantic drama was directed by Ross Katz and written by Bryan Sipe. The movie is based on Nicholas Sparks' novel called The Choice. The story revolves around two neighbors who fall in love with each other as soon as they meet. With cast members like Benjamin Walker, Teresa Palmer, Maggie Grace, Tom Welling, Tom Wilkinson, and Alexandra Daddario, this movie received an IMDb rating of 6.6. Daddario played the role of Monica and did a remarkable job as the other woman who helps Travis grow and realize his true feelings.

This Netflix Original film called When We First Met is an adorable romance flick starring Adam DeVine along with Alexandra Daddario. The story of this 2018 movie revolves around a man who goes back in time in order to win the girl of his dreams. At first, she friend-zoned which was years before three he stumbles to alter his fate. The romantic comedy is full of both elements and makes a perfect watch for a fun weekend. This American romantic comedy is directed by Ari Sandel and written by John Whittington.

Another must-watch Alexandra Daddario movie is San Andreas. This 2015 American disaster film was directed by Brad Peyton and written by Carlton Cuse. Apart from Daddario, the star cast includes Dwayne Johnson, Carla Gugino, Ioan Gruffudd, Archie Panjabi, and Paul Giamatti. The plot of the movie revolves around a massive earthquake. Daddario plays the role of Johnson’s daughter. This heart-pounding movie received an IMDb rating of 6.0.

When it comes to Alexandra Daddario movies, you can also watch Percy Jackson & the Olympians. Percy Jackson & the Olympians: The Lightning Thief is an action fantasy that was released in 2010. The director of the first installment of the iconic Percy Jackson series is Chris Columbus. The star cast of the movie includes Logan Lerman as Percy Jackson along with Alexandra Daddario, Brandon T. Jackson, Jake Abel, Rosario Dawson, Steve Coogan, Uma Thurman, Catherine Keener, Joe Pantoliano, Kevin McKidd, Sean Bean, Dylan Neal, and Pierce Brosnan. Daddario plays the role of Annabeth which definitely stands out.

Originally titled Nomis, Night Hunter is a Canadian action thriller film released in 2018. Night Hunter was directed and written by David Raymond. The star cast of the film included Henry Cavill, Ben Kingsley, and Stanley Tucci along with Alexandra Daddario. The story revolves around the theme of solving a mystery. If you like suspense movies with twists and turns, you must watch this movie. 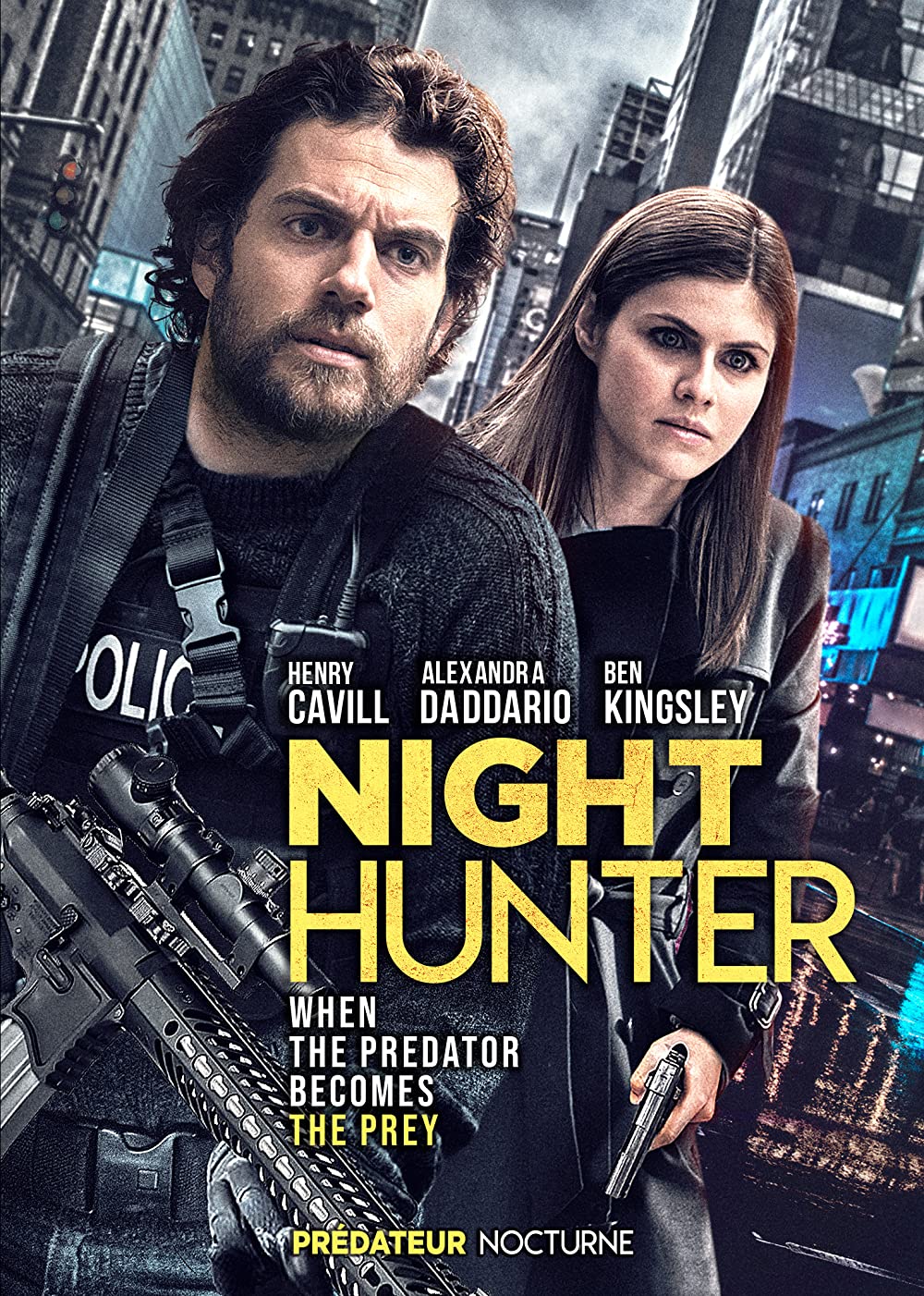 When it comes to movies with Alexandra Daddario, you must also watch the second installment of the Percy Jackson series. Daddario plays the role of Annabeth who is the daughter of Athena. Annabeth assists Percy with his goal to save the camp. If you loved the first Percy Jackson, this is definitely a must-watch. The movie is full of fictional and mythological events. Daddario makes the fantasy world more believable with her perfect deposition of Athena’s daughter.

Another Daddario movie that you must watch is this 2011 movie called Hall Pass. The actress plays a supporting role of a babysitter in the movie. This American comedy film is directed and produced by the Farrelly brothers along with Pete Jones as the co-writer. The story revolves around two men that are given a free pass from their respective wives for a whole week. However, the men find themselves in trouble which is actually hilarious to watch.

If you like mysteries, you must not miss out on this movie starring Daddario. ‘We Have Always Lived in the Castle is an American mystery thriller that’s directed by Stacie Passon. The writer of the film is Mark Kruger and the star cast includes, Taissa Farmiga, Crispin Glover, Sebastian Stan along with Alexandra Daddario. The movie is based on the novel by Shirley Jackson and follows a story full of mystery. Daddario plays the character of Constance Blackwood who is accused of killing her dad. This twisted family drama will definitely keep you gripped.

Another Alexandra Daddario and Dwayne Johnson starrer is this commercial hit Baywatch. This 2017, action-comedy is actually a crime-solving mystery. Daddario plays the role of Summer Quinn. The film is directed by Seth Gordon and written by Jay Scherick, David Ronn, Thomas Lennon, and Robert Ben Garant. Based on the television series called Baywatch, the film also stars Zac Efron and David Hasselhoff. The movie follows the story of a lifeguard Mitch Buchannon and his team who take down a drug lord.

Daddario plays the role of Olivia in Burying The Ex. Olivia is the dream girl of a guy named Max who has had a pretty troubled past. Max’s ex-girlfriend died in a car crash and actually comes back to haunt his present relationship. This 2014 American zombie comedy film was directed by Joe Dante and is definitely a fun watch. 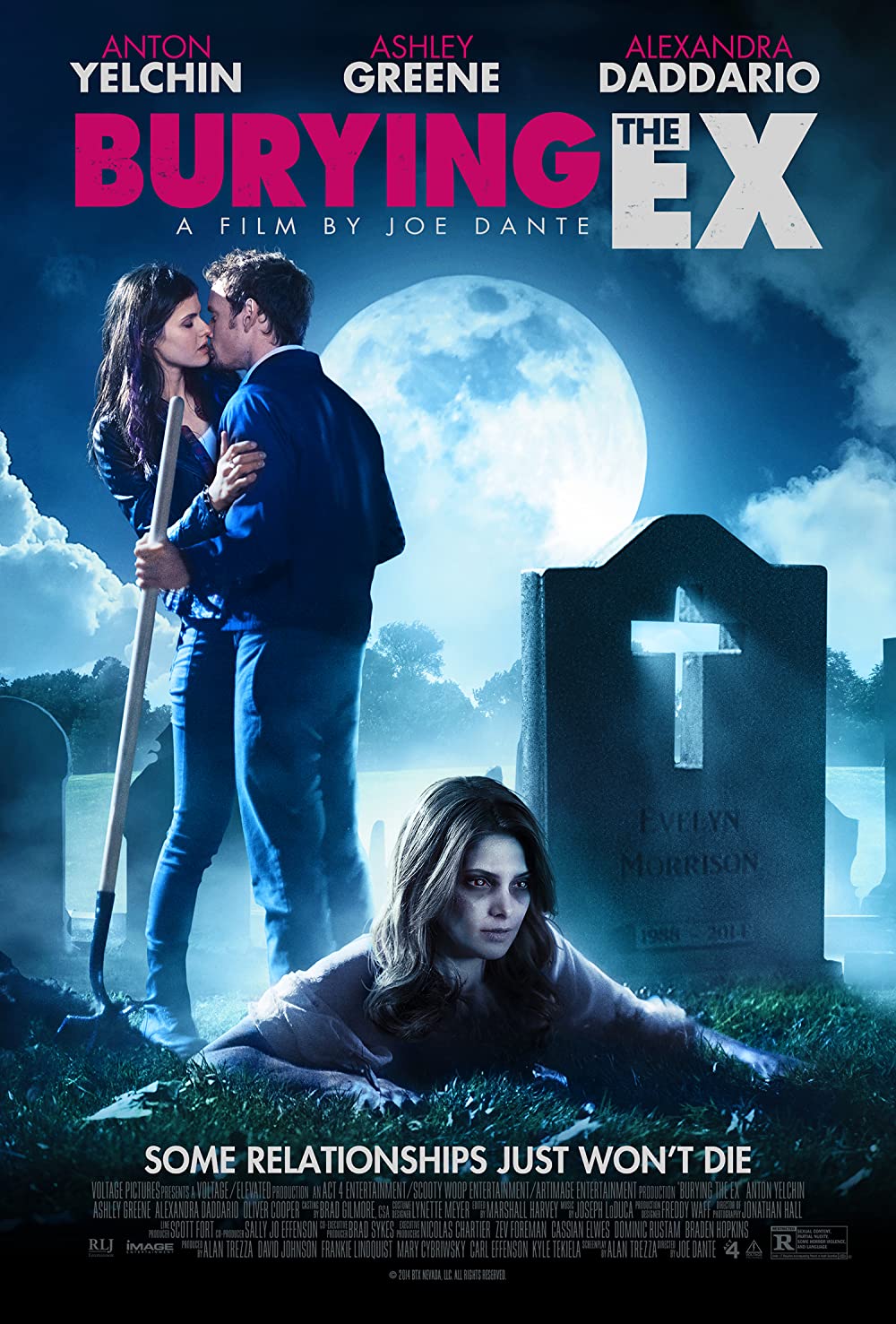 Alexandra Anna Daddario popularly known as Alexandra Daddario is an American actress who got her big break as Annabeth Chase in the Percy Jackson film series. Daddario has been seen in a number of iconic roles since then some of them include, Paige in Hall Pass, Heather Miller in Texas Chainsaw, Blake Gaines in San Andreas, Summer Quinn in Baywatch, and Alexis Butler in We Summon the Darkness.

She also appeared in Sunny in Philadelphia, True Detective, New Girl, and American Horror Story: Hotel. In 2021, she was seen in the HBO series The White Lotus, for which she received an Emmy nomination for the category of Outstanding Supporting Actress in a Limited or Anthology Series or Movie 2022. The actress was spotted on the red carpet and definitely grabbed attention for her stunning Dior gown and white sandals.

Who is Alexandra Daddario married to?
Daddario is married to Andrew Form who is an American film producer. He has produced films like, Friday the 13th, Teenage Mutant Ninja Turtles, and The Purge.
How to watch the Emmy Awards 2022?
The 74th Primetime Emmy Awards are set were live on NBC and you can stream it on Peacock.
Advertisement
You May Like This