A new controversy has gripped the BTS universe as fans have come forward to support leader RM who only wanted quiet time. Read the details below. BTS member RM is known to enjoy nature and everything calm in his down time. He frequently visits museums, galleries, temples, art festivals and more with his close friends and fellow music industry people for mental peace and to soak in the warmth. This has led to the coining of the term ‘Namjoon-ing’ which combines his real name Kim Namjoon with the art of revelling in natural habitats.

RM recently went to the Hwaeomsa Temple in Mount Jirisan and shared photos from his visit on his Instagram account. He was accompanied by the alternative K-pop group Balming Tiger’s member San Yawn who also shared photos from the snow-clad location where the two seem to have stayed for a while.

On January 4, reports were released about RM visiting the Hwaeomsa Temple to experience the traditional Buddhist culture of a thousand-year-old temple. Further information such as his one night two days stay on the 29th of last month and his chat with the head monk Venerable Deokmun of the temple were talked about. His conversation about wanting to visit the place earlier as well as the past donations of 500 bags every year to Good World Charity Bank, a children's relief organization and their use by kids in the Philippines, was made public through reports.

RM on his military enlistment

It seems that RM had a chat with the head monk about his upcoming enlistment who asked him about his feelings on not receiving military exemption and if he was sad. To this, the BTS leader is said to have replied with wise words saying that as a citizen of South Korea, he wishes to fulfil his duty and only then he will be able to speak about rights. He added that he would think of the experience as turning into an adult.

The monk is said to have replied with considering a year and a half out of his 80 years life span as precious time to look back on and not a waste. Venerable Deokmun reportedly wished that BTS' RM continues to make good music even when he becomes old, and added that he wished they would help others just as much love as BTS has received from global fans. He further continued that he hoped the group would become an existence that transcends music instead of someone that easily disappears.

RM’s signed copy of his recently released album ‘Indigo’ which was given to the head monk was also revealed through photos shared with the media.

On January 5, BTS member RM took to his Instagram stories to react to the reports made about his visit. He seemingly called out the temple for publicizing his private visit as he wrote, “I was grateful for the time spent there, but didn’t expect an article about it…” and added a laughing emoji to it. He made his plans clear for future visits which he would like to be private, saying “Next time I’ll quietly visit another temple.” 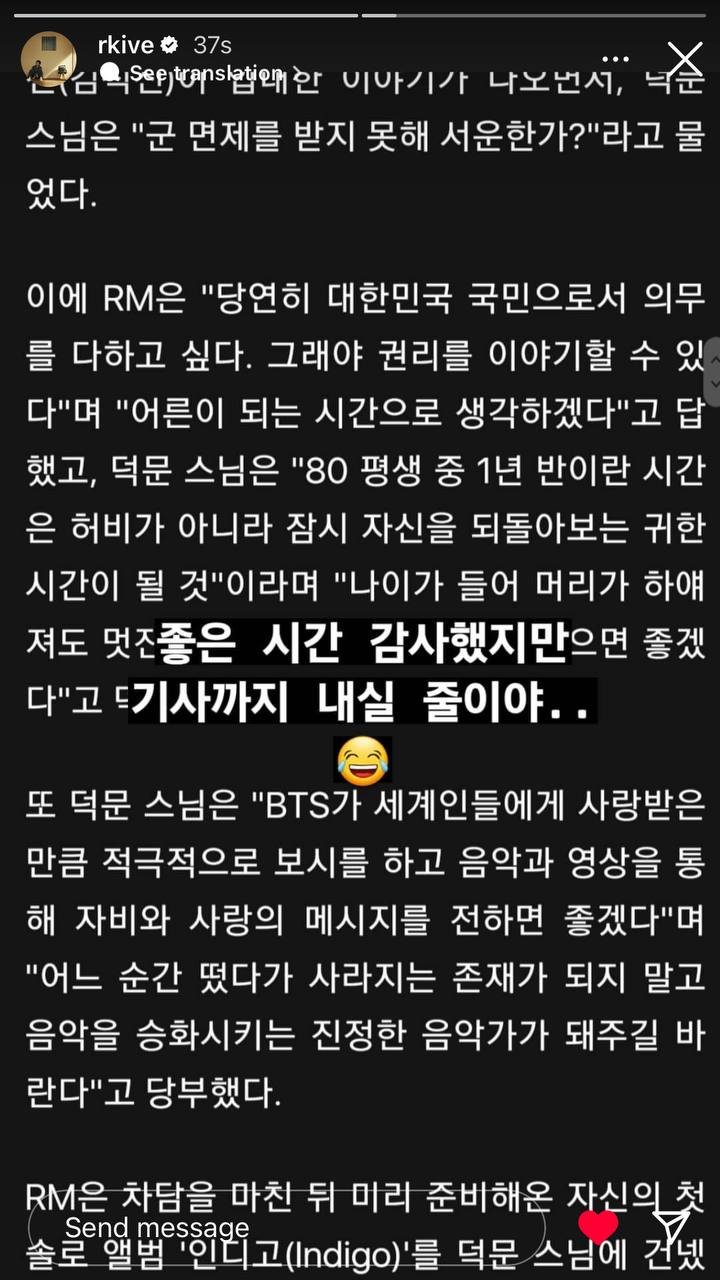 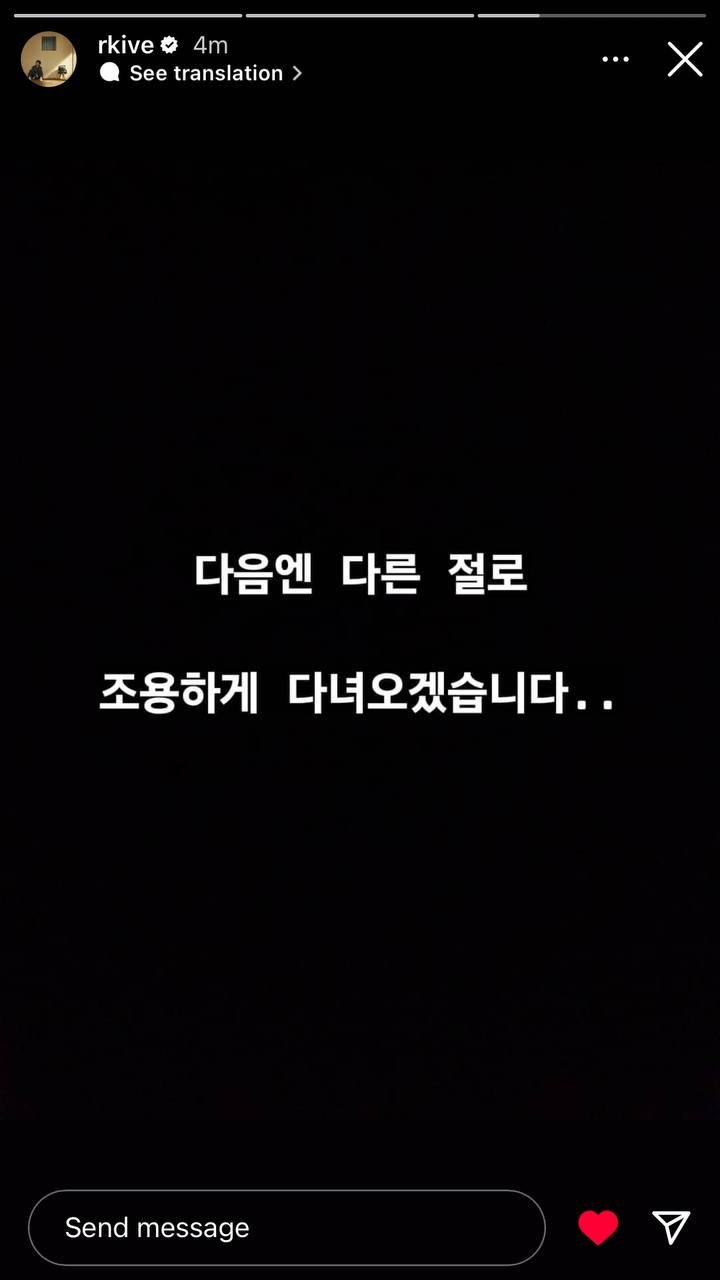 RM seemed unimpressed with the actions of the temple as he spoke about how he likes to move usually, which is low-key. He further made a very clear statement calling them out by hashtagging “low key must be low key” in his last Instagram story. The BTS member also removed his post with photos from his visit to the temple from his feed expressing his wishes. 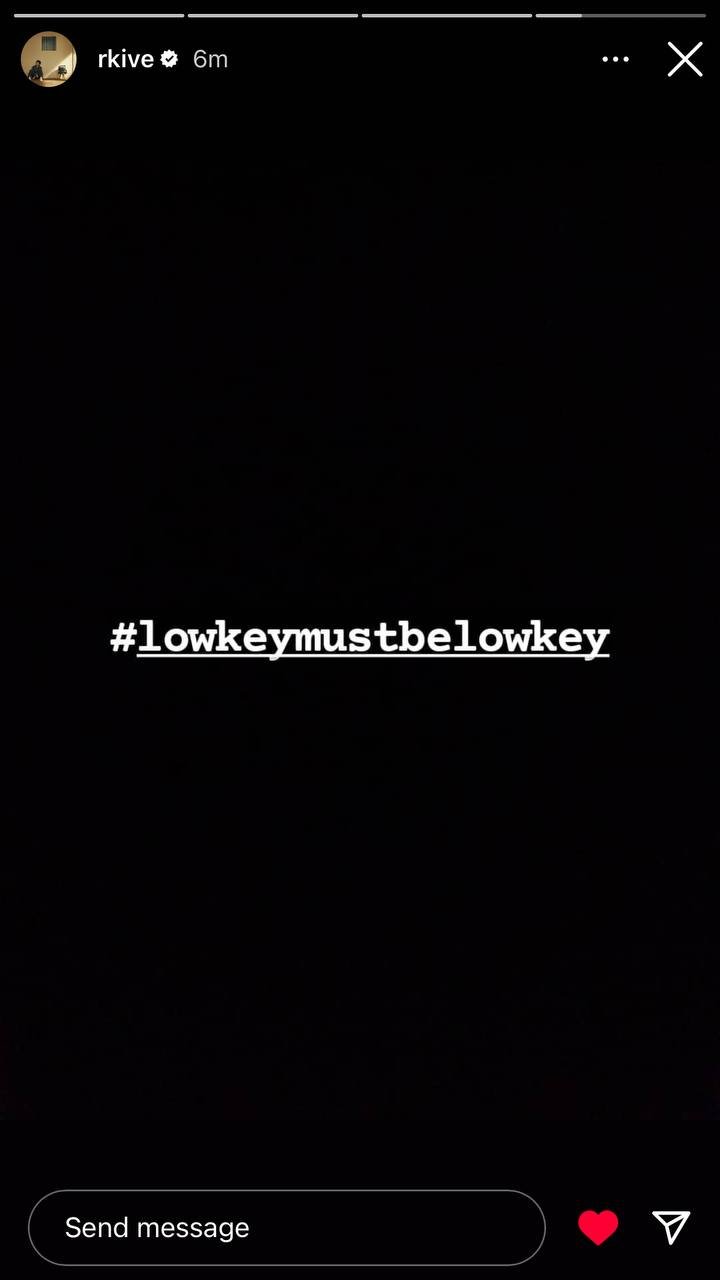 In different news, the BTS member recently made a stop at the Gyeongnam Museum of Art in Changwon to see the Lee Kunhee special exhibition. His attendance was only noted on following his visit and seeing the photos he shared on his Instagram. RM has become quite popular in the art industry for his interest in collecting pieces that are not only well-known but also the ones that he personally enjoys or finds meaning in. The officials of Gyeongnam Museum of Art said that they were unaware of his visit and believe that the singer quietly saw the exhibition and returned.

Fans of the BTS member are in full support of him asking for privacy and calling out the actions of the temple officials who unbeknownst to him made his comments on his military enlistment public as well as the details of past donations.

Meanwhile, RM recently dropped his solo debut album ‘Indigo’ on December 2, 2022 which consists of 10 tracks led by the immensely passionate ‘Wild flower’. He worked on the songs from the studio album with multiple artists from around the world to make a critically praised release. It follows his two previous mixtapes, ‘RM’ and ‘mono’ which were released in 2015 and 2018 respectively.

Anonymous
Jan 06, 2023
Coming from a bunch of supposed \"holy\" people, the invasion of privacy is shocking
0 REPLY