Ajay Devgn's Maidaan to release on May 12

Pinkvilla has exclusively learned that Ajay Devgn, Boney Kapoor, and Zee Studios have collectively decided to bring the film on a new date. We hear the much-awaited sports drama is now all set to hit the big screen on May 12, 2023. Ajay Devgn EXCLUSIVELY confirms the development to Pinkvilla saying, “Maidaan is one of my best films. We (the producers, the director & all actors) think it needs a big and proper release. The film’s VFX is being handled by international studios and we want everything to align properly. Keeping the best interests of the film in mind, we have now decided to release the film on 12th May 2023.”

Hrithik Roshan was on the ‘verge of depression’ after WAR

Recently, in an interview with his fitness trainer Kris Gethin, Hrithik Roshan opened up about his transformation, balancing his work, lifestyle, diet, and more. He also shared that he wasn’t feeling good while shooting for WAR, and that he was on the verge of depression.

Suhana and Agastya recently wrapped up the shoot of The Archies. They were seen making a starry entry at the wrap-up party that took place recently. Janhvi Kapoor's sister Khushi Kapoor too is making her debut with the Zoya Akhtar directorial. Ever since they started shooting for the film, the excitement around them amped up. Now, according to Hindustan Times, Suhana and Agastya are in a relationship. The report suggests that the romance started on the sets of The Archies.

Pinkvilla has exclusively learned that the producers, Zee Studios in consultation with director, Anil Sharma, and actor, Sunny Deol have locked the release date of Gadar 2. A source informs, “Gadar 2 is all set to release on August 11, 2023, coinciding with the Independence Day 2023 weekend." Interestingly, another film is announced for the Independence Day weekend, and that’s the Sandeep Reddy Vanga-directed Animal starring Ranbir Kapoor, Anil Kapoor, Bobby Deol, and Rashmika Mandanna.

Chef Harsh Dixit took to his Instagram to share a reel, and it shows behind-the-scenes moments as the chefs prepared delicious dinner for Alia, Ranbir, and the guests. The reel also features an unseen group picture of Alia, Ranbir, Aditya Roy Kapur, Shaheen Bhatt, and others posing with the chefs. The video then shows the prep for dinner which consisted of bao, dumplings, and spring rolls.

According to a report in Mid-Day, the makers of Bade Miyan Chote Miyan will commence pre-production on the film, and the makers have booked three floors of Yash Raj Studios in Mumbai for the filming of high-octane action sequences, starring Akshay Kumar and Tiger Shroff. A source informed the entertainment portal that the film has been envisioned on a grand scale and that a huge tunnel is being set up as part of this shoot in which intense action scenes will be shot.

Taking to their official Twitter handle, Vyjayanthi Movies shared a poster from the film Project K. This look appears to be that of Deepika Padukone. In the poster, we can see a silhouette of a woman standing against the sunlight. The face of the woman is not visible but she looks like the Gehraiyaan star. With short hair and dress like a warrior, the poster looks quite intriguing.

Rhea Kapoor and Karan Boolani hosted a private dinner party at their lavish house in Bandra on Wednesday night. The Kapoor clan was seen making their way to the party in style. Arjun Kapoor, Malaika Arora, Khushi Kapoor, Anshula Kapoor, Harsh Varrdhan Kapoor, Mohit Marwah and wife Antara were seen arriving for the dinner. But it was Janhvi who caught everyone's attention. She arrived with Shikhar in the same car. When the paparazzi tried to capture them, Janhvi was seen blushing and hiding her face. 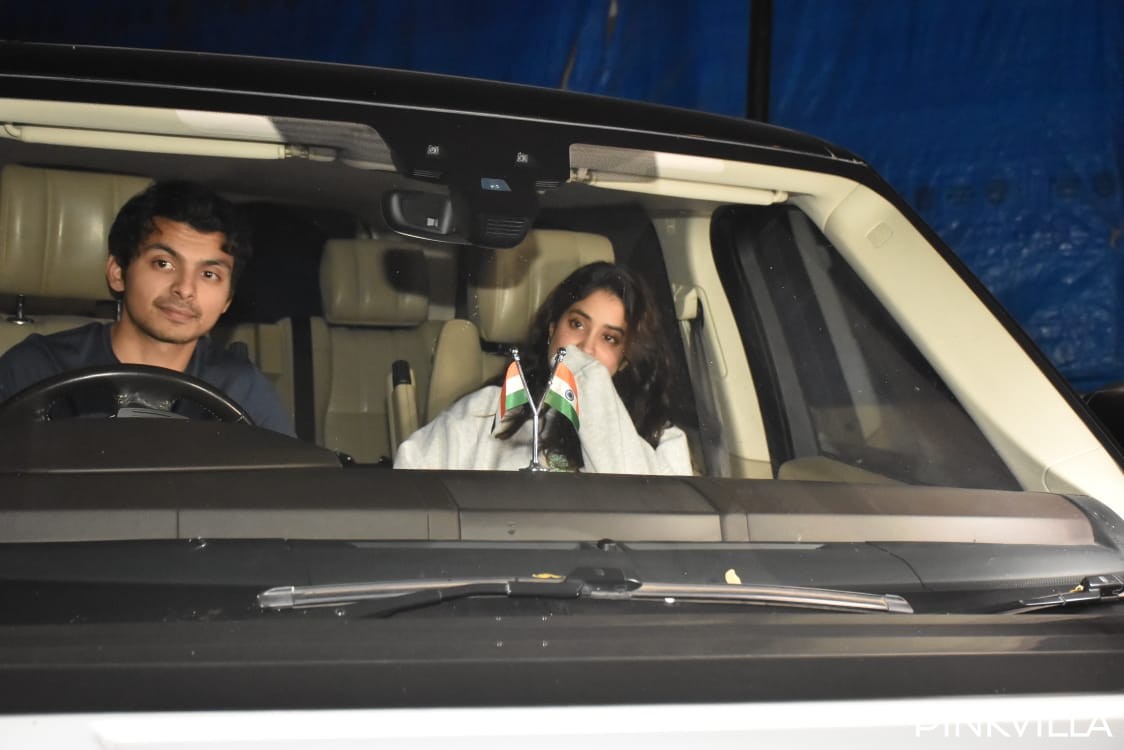 Today, Deepika Padukone is celebrating her birthday. To make it extra special, Shah Rukh took to social media to share the new look of Deepika from their upcoming film Pathaan and we bet it will leave you speechless. There couldn't have been a better birthday gift.