K-pop boy group MIRAE has sought to set themselves apart with a new album, Ourturn, kickstarting their Boy series. South Korean boy group MIRAE is a part of the DSP Media roster that boasts a history of some great K-pop talent including Fin.K.L, Sechs Kies, KARA, KARD, April and more. The group is comprised of seven members- JUNHYUK, LIEN, DOUHYUN, KHAEL, DONGPYO, SIYOUNG, and YUBIN, who debuted with their first mini-album ‘KILLA’ on March 17, 2021.

Since then, MIRAE has released 2 more mini-albums, become a sensation on the short-video platform TikTok and is now onto their fourth record which plays with time. Called ‘Ourturn’, the fourth EP in the group’s discography is another display of their myriad of skills with the participation of the members in the creation process. From lyrics to production, the members of MIRAE have all shown their capabilities once again. 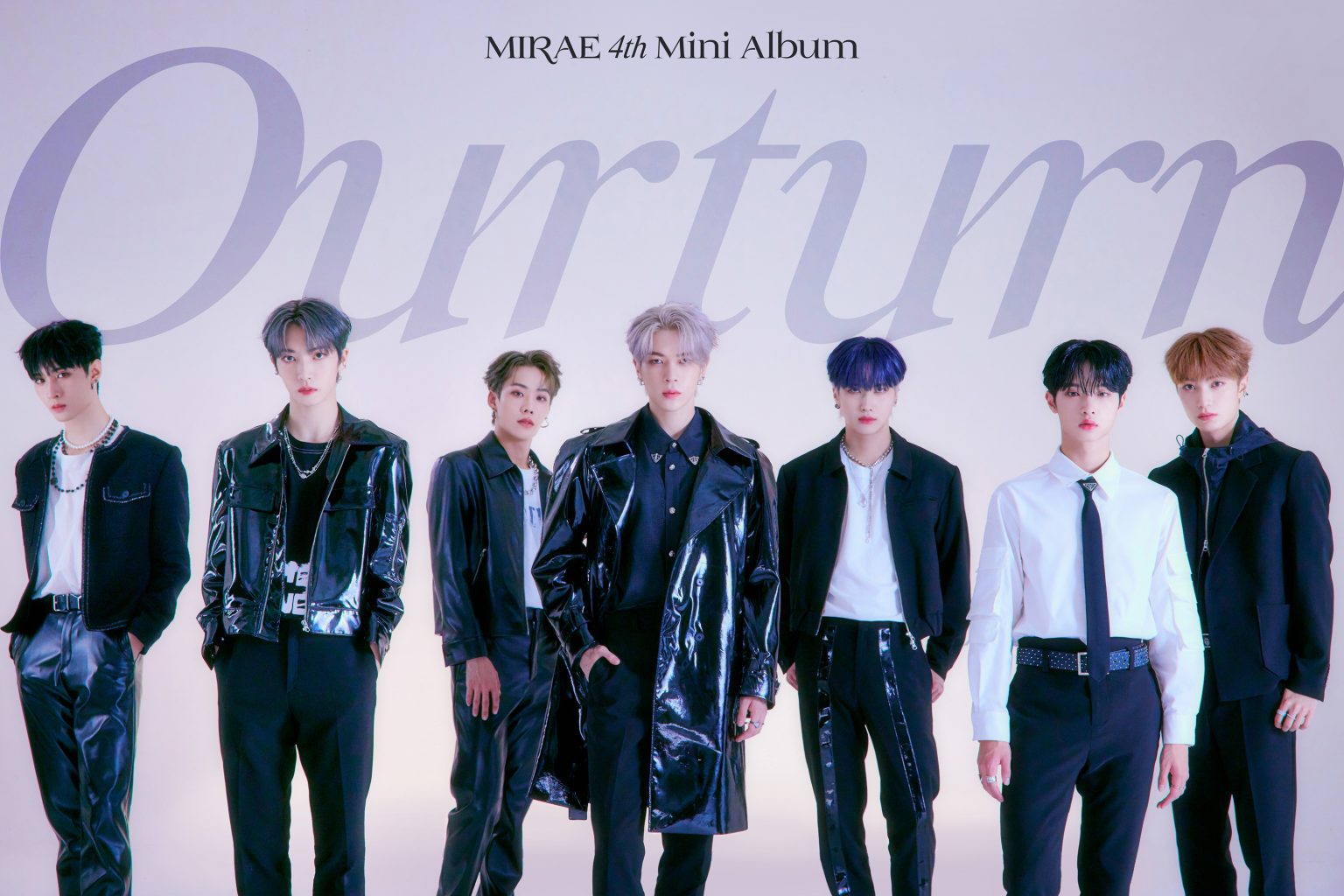 In an exclusive conversation with Pinkvilla, MIRAE talked about their cover of a Hindi song, Ziddi, which left the viewers in awe of their competence and how they approach each performance. With the wish to go on a backpacking trip and experience the authentic taste of an Indian curry, the boys shelve the details of their latest comeback.

What is the concept of this album and how does it start the story of MIRAE’s Boy series?

DONGPYO - The keyword of this album is ‘TIME’. I think you can feel like you are time-travelling when you listen to the song. You can enjoy our ‘boyish’ and ‘MIRAE’tic sides in this album.

What would MIRAE say is the highlight of the ‘Drip N Drop’ music video?

DOHYUN - It’s our dance challenge. Did you try the ‘Avoiding puddles’ challenge? The choreography and the melody both are fun so I hope you enjoy them.

Khael, what kind of feedback did you receive from the members on ‘Drip N Drop’? How do the other members feel seeing his song being chosen as the title track?

KHAEL - All members decided on the title track unanimously when they listened to it at first. It was really a pleasure for me.
YUBIN - It’s great that KHAEL participated in the title track. It enhanced MIRAE’s colour in our album.

Lien, ‘Daydreamin’ is a very lyrically beautiful song. Where did you receive inspiration for it?

LIEN - Actually it’s based on only feelings! Instead of finding my special inspiration, I only felt my feelings while writing ‘Daydreamin’.

While performing, MIRAE takes on a very powerful stance which is a stark contrast to your refreshing personality. How do you separate your stage and real personas?

JUNHYUK - I didn’t separate my personas. I always try to show you everything on the stage. SIYOUNG - I’m usually introverted and have lots of thoughts. But on the stage, I am the one who has various charms and is conceptual.

From ‘KILLA’, ‘Splash’, ‘Marvelous’ and ‘Ourturn’ which is each member’s favourite album and why?

YUBIN - My favourite album is ‘Ourturn’. Many members participated in the album! It makes the album special.
SIYOUNG - ‘Marvelous’ is the most special to me. The B-side tracks are all nice and I loved the title track.
LIEN - Debut album, ‘KILLA’. Because it is our debut album. Every track in the album was good so I liked them.
DONGPYO - I like all albums, especially this album. ‘Ourturn’ expresses ‘MIRAE’ much more.
JUNHYUK - ‘Ourturn’ is my favourite. We improved more than before, you can see better performance on the stage!
KHAEL - To me, it’s ‘Ourturn’. My dreams came true with this album!
DOHYUN - I love Marvelous. I think ‘Marvelous’ is suitable for MIRAE.

You recently sang a Hindi song named ‘Ziddi’ and received a great response. How and why did you decide on picking that song?

JUNHYUK - It has a catchy melody! As I practised the song, it was a fun time for me. I wanted to express myself well before the chorus parts.
DOHYUN - It’s new and fancy. The pronunciation was unfamiliar, but I was able to try it more happily.

Was it difficult to learn the words in a different language? Did you receive any help while learning the pronunciation?

YUBIN - The song is really great and I listened to it again and again. I think it helped me to sing. Of course, it’s difficult to learn another language, but it was also joyful to learn Hindi!

Would you want to sing for a Bollywood movie in the future? Any other Indian artists that you have checked out so far?

KHAEL - MJ5 is cool. If we have a chance to sing for a Bollywood movie, it would be amazing.
LIEN - Me, too. It could be interesting work!

If you were given a chance, in which member’s body would you like to live for a day and why?

KHAEL - I love all members but I love myself the most.
DOHYUN - If I have a chance to change my body, I’ll be YUBIN, the youngest. I want to know the youngest’s feelings in the group and then I find out what he wants to do!
YUBIN - Junhyuk. He is tall. I’m so curious about the tall boy’s view.
LIEN - I really love myself and I only want to be myself!

What is the ultimate goal for MIRAE? What are you looking forward to achieving the most?

JUNHYUK - We want to win 1st place on the music broadcasts. My personal goal is that all members are safe and healthy during the promotion period. I hope MIRAE members think it is great to have this job.

Have any of you ever been to India? Would you ever want to visit India for a tour?

YUBIN-I heard that India is famous for backpacking a lot. Someday, I want to go backpacking in India and taste delicious things that can only be eaten in India! Could you recommend some traditional foods to me?
LIEN - Curry! I really love Indian curry, so I will have it!

What message do you have for all the NOWs sending you support?

KHAEL - I love our NOWs the most in the world. Did you enjoy our new album? I always thank you for your support and I love you always.

MIRAE are all about confidence and boldness in the...

MIRAE display their ‘Future of Kpop’ vibes in new ...

Here’s everything we know about rookie group MIRAE...

Rookie Group ‘MIRAE’ set to comeback in THIS month...