EXCLUSIVE: Boney Kapoor on No Entry 2, Mr India 2 and more: ‘People want me to make Hum Paanch too’

Boney Kapoor confirms that the sequels to No Entry and Mr. India are in the works. Producer feels. many of his films have already been made with a modern spin. Details EXCLUSIVE: Boney Kapoor on No Entry 2, Mr India 2 and more: ‘People want me to make Hum Paanch too’

Producer Boney Kapoor is a happy man at the moment as his film, Thunivu fronted by Ajith Kumar, is doing good numbers at the box office in Tamil Nadu. Post the film’s release, Boney Kapoor got in an exclusive conversation with Pinkvilla, wherein he discussed the opening day business of this H Vinoth directed action thriller and also gave updates on his future plans as a producer.  Since the industry is presently banking big on sequels and franchises, Boney informed that even he has got offers from studios to spin several films into a franchise.

Boney Kapoor on No Entry 2 and Mr. India 2

“There is a demand for sequels of Wanted, No Entry and Mr. India. There are people who are wanting to make Hum Paanch all over again. Some of my films have already been remade in some or the other way. I know Woh Saat Din, I know Ponga Pandit. There are few films from our older slate which have been made again in a different world, with upscaled production,” shares Boney, quick to add that he is in the process of locking things for the No Entry sequel.

When asked to share update on this Anees Bazmee directed comic caper starring Salman Khan, Anil Kapoor and Fardeen Khan, Boney replied, “I can’t discuss this on camera and it’s not for the public domain. If it is destined to happen, it will happen. The script is there and the actors are there too. It's just about everything falling in the right place.” He is quick to add that the film is not stuck in the legal tangle like speculated in the media. “There is no issue of legality as it is written about in the media. Everything is under control and things just have to fall in place.” 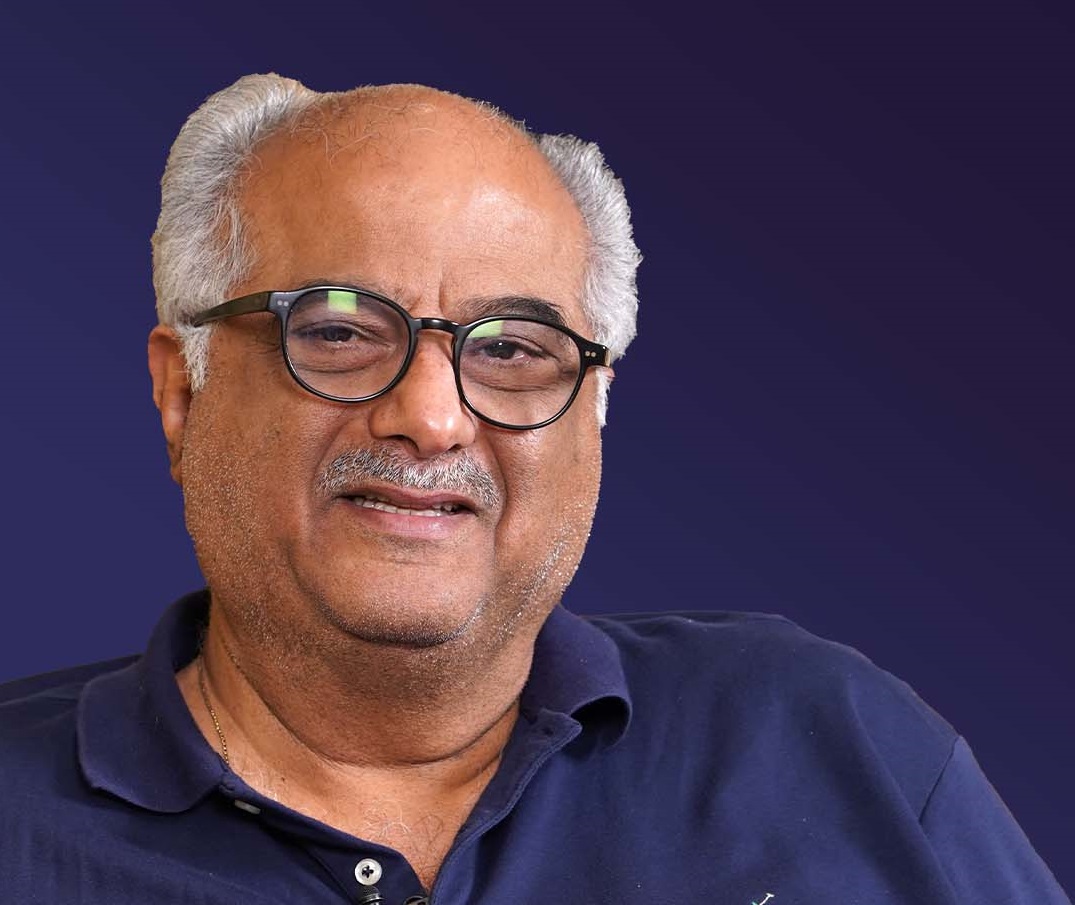 Boney confirms the plans for Mr. India sequel too. “I will make Mr. India 2. In-fact, don’t be surprised if I start working on it soon,” he informed.  After Thunivu, Boney’s next production is the Ajay Devgn starrer Maidaan directed by Amit Sharma. He is supremely confident on the content of this sport drama and feels it will be a landmark film for Hindi cinema. “I think, Amit Sharma has excelled and this film will have shelf life as long as films are made. It’s not just a sport film,  it has got entire essence of that era – how the game was played, how the world was back then, how different linguistic the country was divided in, and lot more. All the elements are captured very well in the film,” he insisted, adding further, “It has a fantastic husband wife relationship, fantastic father son bond and there’s also a display of the equation between federation and the coach. I feel, this will be a landmark film.”

In March, Boney Kapoor is gearing up to making his acting debut with the Luv Ranjan directed Tu Joothi Main Makkar led by Ranbir Kapoor and Shraddha Kapoor. Boney laughed, “But, neither am I a Jootha nor a Makkar. I am a dutiful son of a mother, a henpecked husband of my wife. The music is great, Luv Ranjan is a delight to work with.” Boney was however reluctant to act in the film first. “I was going to reject the offer, but Luv convinced me to do the film. It has been a fantastic experience and I am glad I tried my hands at acting. I hope people enjoy seeing the film. It’s very entertaining.”

Boney’s last production, Mili, featuring Janhvi Kapoor in lead didn’t set the cash registers ringing at the box office. However, upon it’s premiere on Netflix, it is grabbing good eyeballs and fetching good response from the audience. Boney signed off, “Mili was a film very close to my heart and I feel, Janhvi has done a fantastic job in it. Thank god, people are reacting to it positive on digital release.”

Anonymous
Jan 14, 2023
Wouldn\'t it be nice to see him producing good films again, especially at the time when Karan Johar cult of bad movies are reigning the industry.
0 REPLY

EXCLUSIVE: Maidaan to release on May 12; Ajay Devg...