Kim Da Mi and Jeon So Nee will be starring in the youth film Soulmate, releasing in March. Read ahead to know more. Actress Kim Da Mi makes a comeback on the screen with 'Soulmate', a remake of the Chinese youth movie 'Hello, My Soul Mate'. On January 17th, the distributor NEW announced that the movie 'Soul Mate' would be released in March. 'Soulmate' is a remake of the Chinese movie 'Hello, My Soul Mate' and deals with the brilliant days of the main characters who shared everything from friendship to separation and love. Two friends, Miso (Kim Da Mi) and Ha Eun (Jeon So Nee) and Jin Woo (Byeon Woo Seok), who recognized each other from the first meeting, share everything from joy to sadness, excitement and longing.

Kim Da Mi and Jeon So Nee took on the lead roles, and director Min Yong Geun, who received attention for the movie 'Hyehwa, Dong', took the megaphone. Kim Da Mi plays the character played by Dong Woo Joo in the original film. This is the second lead role of Kim Da Mi, who debuted on the screen in the 2018 movie 'The Witch'. Excluding last year she made a special appearance in 'The Witch 2', fans' anticipation for her is high as she is on screen for the first time in five years. Attention is also drawn to how the original film, which has a strong fan base in Korea, was Koreanized. 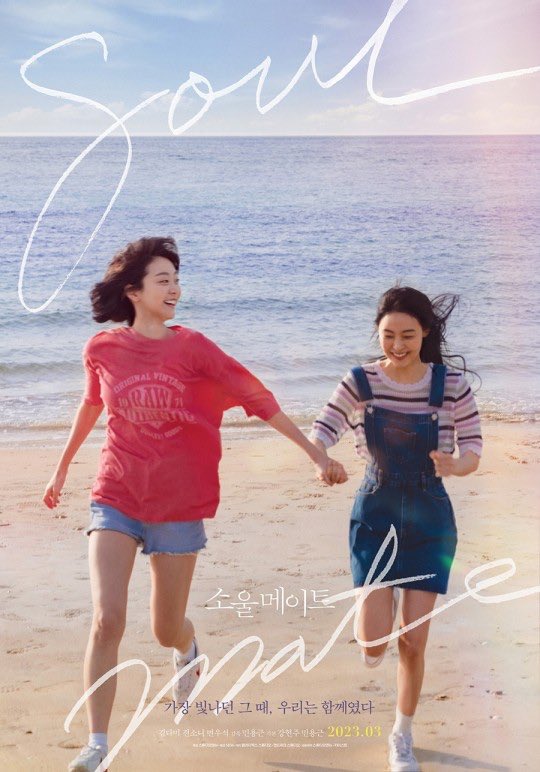 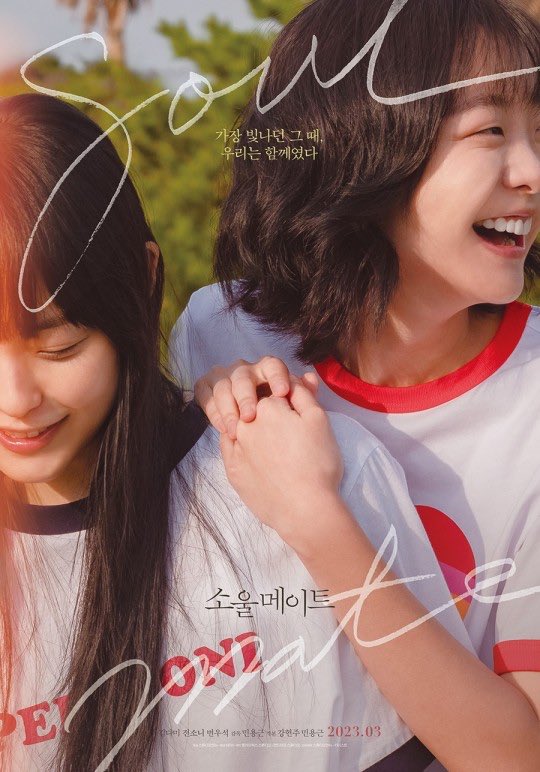 'Our Beloved Summer' is a work that depicts a dizzying romance disguised as a youth documentary in which a relationship that should have ended with being dirty together and not seeing it again is forcibly summoned in front of the camera after 10 years. In the drama, the fresh and thrilling romance between Choi Woong (Choi Woo Shik) and Kook Yeon Soo (Kim Da Mi) and the heartbreaking unrequited love setting between Kim Ji Woong (Kim Sung Chul) and NJ (Roh Jeong Eui) are stealing the hearts of many viewers.

Choi Woo Shik takes on the role of Choi Woong, who became an illustrator who only draws buildings and trees that do not move from the last place in the school, and Kim Da Mi plays Guk Yeon Soo, who grew up to be a public relations expert who only runs non-stop from the first place in the school. After dating for 5 years and being separated for 5 years, the two reunite with each other through a documentary by their friend Kim Ji Woong (Kim Sung Chul) and write a new story.

The story of Gook Yeon Soo and Choi Woong:

The story of Gook Yeon Soo, who is ranked first in the school but loses all options in the reality that oppresses him except hard work, and Choi Woong, who has everything despite being last in the entire school, but who needs Kook Yeon Soo the most, is clearly fantasy in a way. However, the way the drama portrays the story of the two is very frank and direct. The heart that does not want to reveal the inferiority hidden in my low bottom to the most important person, the generosity limited to one person who is okay with anyone, etc. progresses step by step, bringing the romance of 'you' into the understanding of 'me'.

The motif of the drama is the documentary 'Change Study - Live like the No. 1', which was broadcast on EBS in 2015. In a real youth documentary about the first and last students of the school living together for a month, the setting of Choi Woong, who is the first national training student in the school and the last student in the school, but boasts amazing talent in painting, was brought in as it was. However, the two people in the documentary, who were friends of the same sex, became opposite sex who were thrilled and conflicted with a reverse romance.

Choi Woo Shik and Kim Da Mi's passionate performances are also impressive. The two men and women who were impatient to take each other's lives in the movie 'The Witch' reunited in a romantic romance after 3 years. The two, who boast an extreme balance from their visuals, stimulate viewers to the deepest corners of their hearts with their surprisingly delicate acting skills. It's a very welcome combination to be able to meet again with 'Our Beloved Summer'.

Jeon So Nee in Our Blooming Youth:

Our Blooming Youth is a romantic historical drama that tells the story of a crown prince who was cursed with identity complaints and a genius girl who was singled out as the culprit of a family murder overnight. Park Hyung Sik plays the cursed and lonely crown prince Lee Hwan, and Jeon So Nee plays the role of Min Jae Yi, a genius girl who was falsely accused. Pyo Ye Jin plays Garam, Min Jae Yi's one and only friend, and Yoon Jong Seok plays Han Seong On, a sergeant with good character and learning. Lee Tae Seon plays Kim Myung Jin, the best geek in Joseon who studies everything in the world.

The latest teaser shows the warm eyes of Crown Prince Lee Hwan (Park Hyung Sik) toward Min Jae Yi (Jeon So Nee), who becomes his first subject. Previously, their special relationship was foretold through the 2nd teaser video containing the intense encounter between Lee Hwan and Min Jae Yi, who had to save the other person in the midst of a desperate crisis. The teaser video opens the beginning of a thrilling romance. The video, which begins with a man and a woman standing side by side and watching the moon together, sheds light on the relationship between Lee Hwan and Min Jae Yi, who are together day and night. With a shy smile, he seems to be heading toward Min Jae Yi, who is approaching him with a stride.

Komparison: Kim Da Mi in Itaewon Class versus her ...

6 heartwarming dramas to watch if you loved the Ch...

Our Beloved Summer Review: A story of comfort deta...