There were also claims by netizens accusing Jang Wonyoung of wearing an earlier season’s outfit. IVE member Jang Wonyoung headed to Paris Fashion Week as a guest for luxury brand MiuMiu. Around the same time as her, BIGBANG’s leader G-Dragon was also in the city. As fashionistas, both received a lot of attention for their visits and they even shared behind the scenes moments from their time.

G-Dragon:
The BIGBANG member attended the fashion week on October 1 and received goodies from the luxury brand for which he posted an Instagram story and thanked them. However, netizens noted that Jang Wonyoung’s sticker was one of the many on his post making them raise questions. G-Dragon is known to add a lot of interesting strikers to his stories, so many pointed it out as just being a coincidence. 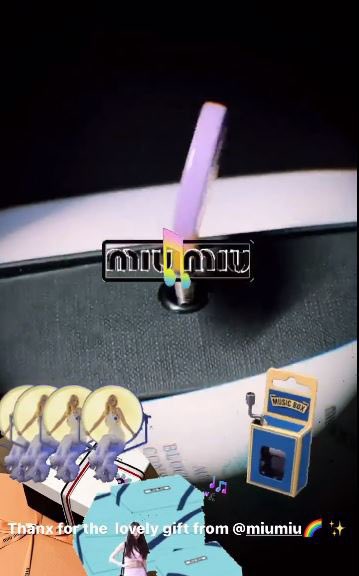 Jang Wonyoung:
The IVE member also attended the fashion week on October 8 for the brand’s Spring Summer collection and was seen arriving in style. After her entry, onlookers commented how the outfit the star was wearing was not from the current season’s collection. Some pointed out that it was similar to a previous collection and found it strange that it was not the latest. Then, many went ahead and connected her look to G-Dragon’s raising questions about the similarity. Dating rumors between the two soon began.

However, MiuMiu was quick to respond and slammed any such talks. The brand clarified that the outfit worn by Jang Wonyoung was in fact a part of their Holiday 23 collection, which has not been released so far. The same will be revealed to the public through a campaign in November. As for why the IVE member’s sticker was on the BIGBANG member’s story, they made a note that it may be because the particular sticker appeared on Instagram when the brand’s name is searched for. Both artists’ agencies have not commented, putting an end to the rumors.