Let's have a look at some of the best South Indian movies as per IMDb that every movie buff should watch at least once in their lives! A movie enthusiast merely cannot afford to miss out on the joy of watching movies be it in any language Hindi, Tamil, Telugu, Kannada, or Malayalam.

South Indian movies started to become one of the favorites ever since the release of Baahubali (weren't you shocked when Mama stabbed Amarendra Baahubali - damn!)

Obviously, there were some pretty engaging comedy and emotional all-time popular movies, but people harshly critiqued all those movies. However, Baahubali marked the beginning of a new era, and South Indian cinema has taken over the industry by storm ever since. Seeing its last few releases, we know we are in for a thrill.

If you, too, are exhausted with your Hindi and International movie watch lists, we have just the thing to cheer you up. Here are the 15 best South Indian movies as per IMDb to watch (the weekend is nearly there, get your popcorn ready!) A brilliant performance by Rakshit Shetty and the wholesome bond between him and the dog made this movie at the top of the list of best South Indian movies.

Directed by Kiranraj K, this movie is a roller coaster journey of a boy named Dharma. Dharma is stuck in a routine full of negativity and leads a lonely lifestyle. He spends every day in the lap of loneliness and pessimism. One fine day, a pup named Charlie enters his life. The dog loves him unconditionally and gives the boy a new perspective on life.

This movie covers adventure, drama, and comedy and is a definite must-watch! Directed by V.K.Prakash, this thriller movie will make you want to sleep with your lights on at night.

This best South Indian movie centers around the life of a young woman portrayed by actress Nithya Menen. This woman decides to live an antisocial life in an old, lonely mansion away from the hustle-bustle and chatter of the city. Hardly does she know what plans the nature surrounding her has for her. The story is full of twists and will make you jumpy for sure.

This movie covers crime, drama, mystery, thriller, and horror. Don't forget to re-check all the doors and windows of your house before sleeping - just saying! Directed by Venkatesh Maha, this drama movie covers everything from love, struggle, hate, and family to religion and has bagged one win with six nominations.

This South Indian movie showcases four unconventional love stories set in a town surrounding the people and village of Kancherapalem. As the plot thickens, the entire drama folds.

Primarily starring Radha Bessy, Subba Rao Vepada, Praneeta Patnaik, and many more renowned actors and actresses as leads, this compelling movie brings out an overwhelming experience for their audiences. Together they came forward to deliver one of the best South Indian movies. Written and directed by Ram, this drama movie has bagged three awards and five nominations.

The movie plot revolves around a single father who tries to raise his daughter. The daughter is diagnosed with cerebral palsy. The movie highlights the brighter side of the father-daughter bond even as she is beginning to realize her sexuality.

Primarily starring Mammootty and Anjali and many more renowned actors and actresses as leads, this absorbing movie brings out every ounce of emotion possibly known to humans.

The movie is full of the positive scope of better opportunities, thus making it a fourth place on the best South Indian movies list. The book Simply Fly inspires the plot of this movie, revealing the story of Nedumaaran Rajangam, whose friends call him Maara.

He is a son of a simple teacher who wants to make the common man fly. In this process, he takes one of the most capital-intensive industries in the world. With his sheer willpower and dedication and his friends and family supporting him, he takes down the numerous enemies who stand in his way.

Primarily starring Suriya, Paresh Rawal, Aparna Balamurali, and many more renowned actors and actresses as leads, this inspirational movie brings out the struggles of a common man in a world of rich democracies.

Written and directed by Sunil Acharya, this thriller movie is jam-packed with action!

This movie centers around the protagonist Robert, and his thirst for the truth. He embarks on a journey to a distant village called Odeyana Samudra on a mission to find his true identity. Watch the movie as the continued plot twists keep enhancing your excitement level.

Primarily starring Shreya Anchan, Raashi Balakrishna, Lakshmi Hegde, and many more renowned actors and actresses as leads, this engaging movie keeps you at the edge of your seat.

The movie has a superb screenplay and an immensely thrilling storyline, thus closing on sixth place on the best South Indian movies list. Written and directed by Prashanth Neel, this criminal drama movie has bagged twelve awards and one nomination!

Chapter one of this series focuses on a gangster who goes undercover as a servant. Set in the 1970s, he is determined to assassinate the owner of an infamous gold mine.

Chapter two of this series focuses on Rocky - a new overlord - who fights his way towards an unchallenged leadership. This movie revolves around the life of an ex-convict, Dilli, who wishes to meet his daughter soon after leaving the prison. But he finds himself in the middle of a drug raid that an inspector plans to interrupt him.

Primarily starring Karthi, Narain, Arjun Das, and many more renowned actors and actresses as leads, the movie takes place in just one night.

The movie is entertaining and action-packed, thus gaining the eighth position on the best South Indian movies list. This movie features the life of a former cricketer, Arjun, who has not been very lucky in his cricketing career but decides to revive his career in the late 30s against everyone's skeptical mindset.

Primarily starring Nani, Shraddha Srinath, Sathyaraj, and many more renowned actors and actresses as leads, the movie delivers a strong message of pursuing your dreams despite the circumstances. The story of this movie was from a novel called Vekkai written by a famous Tamil novelist, Poomani. It revolves around the love, bond, and the urge of an underprivileged father to save his teenage son after his son kills an upper-caste wealthy landlord.

Primarily starring Dhanush, Manju Warrier, Prakash Raj, and many more renowned actors and actresses as leads, the movie is both critically and commercially acclaimed.

The movie is a feature benchmark, thus closing in the tenth position on the best South Indian movies list. The story of this movie showcases the life of a South Indian actress, Savitri. She was the first female superstar and the queen of the movie industry during the 50s and the 60s.

The movie is purely cinematic, thus winning its place in the eleventh position on the best South Indian movies list.

The movie is based on a real-life story of a person who went ahead to write his experience into a book called Lockup in Tamil. This plot centers on the struggle of four immigrants waiting for justice as the local police torture and forces them to accept a crime they did not commit.

Primarily starring Dinesh, Samuthirakani, Anandhi, Murugadass, and many more renowned actors and actresses as leads, this masterpiece movie will surely make you feel an intense chill. 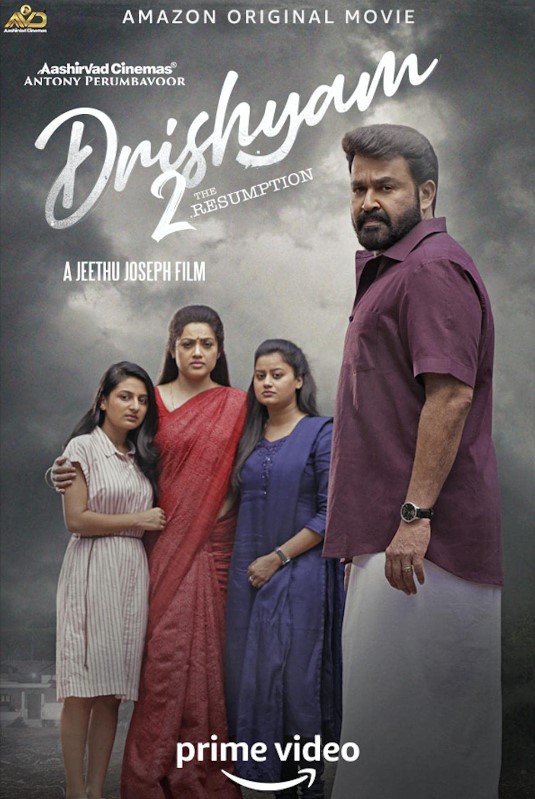 The storyline of the movie Drishyam 2 is a continuation of Drishyam, which was released in 2013. The first part hugely won the hearts of the viewers, urging Jeethu Joseph for a sequel. While the plot of Drishyam 2 remains mostly similar, i.e., Georgekutty trying to protect his family, the suspense element loaded with gripping and nail-biting storytelling will definitely keep you hooked until the end. Thus, falling on our list of must-watch South Indian movies! 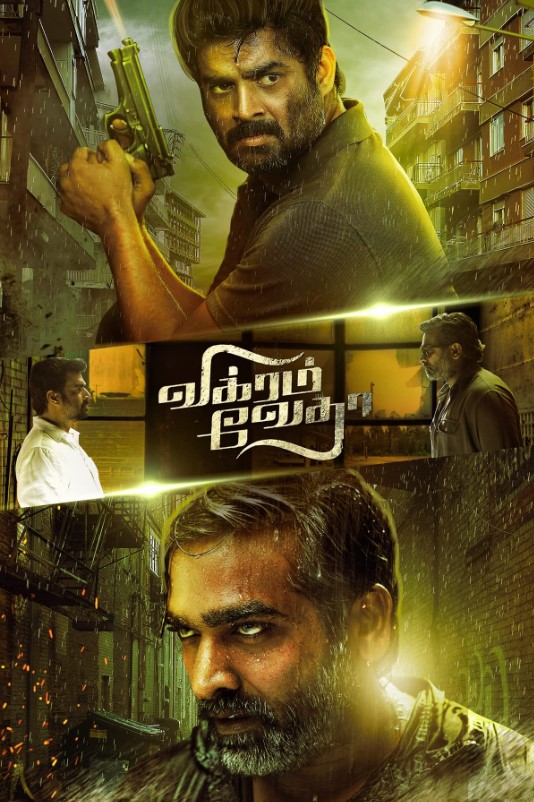 The wow factor of the movie is its well-crafted screenplay. Combine it with a perfect pace of events, sharp dialogues, and rock-solid characterizations. Overall, you will certainly be thrilled and at the edge, making this Neo-Noir South Indian film a must-watch! Written and directed by Anjali Menon, this wholesome movie has bagged twelve awards and two nominations!

Primarily starring Dulquer Salmaan, Nivin Pauly, Nazriya Nazim, and many more renowned actors and actresses as leads, this virtuous movie will make you feel all the emotions. It will take you down the memory lane reminiscing your friendships, laughter, fights, fun, and (eventually) growing up.

The movie modestly is too pleasant to miss out on, thus honorably falling in on the best South Indian movies list. Some of the best South Indian movies contain action, drama, emotions, and humor - in short, these movies are like gift hampers! From larger-than-life pictures to celebrating smaller joys of life, South Indian movies give a plethora of content to their audiences.

This list was our take on the 15 best South Indian movies (fun fact: most of these movies are also dubbed in Hindi. The point is to binge-watch these super entertaining movies irrespective of the language, plus there are always subtitles to the rescue!)

Which is your all-time favorite South Indian movie? Let us know in the comments below, and we'll straightaway jump in to watch it.

Also Read: 17 Most popular Bollywood films that are a remake of Korean movies

Anonymous
Sep 25, 2022 04:15 AM
Stylish Actor and Stylish hero of South Indian Film Industry is Always Allu Arjun is No. 1
0 REPLY