Pawan Kalyan, Raadhika to Kamal Haasan, check out the celebs who got married more than once in life. Read below. Everything celebs do, always garners attention, especially their relationships and marriages. Fans are always eager to know about celebrities' personal lives, who they are dating, and who they are marrying are always interesting questions to fans. And breakups and divorce also catch the same amount of curiosity.

While celebs always set goals with their relationships, a few end in an ugly brawl as well. There are many stars who got divorced and married more than once. On that note, let's take a look at the celebs who got married multiple times and made headlines with their controversial personal life.

Pawan Kalyan, Raadhika to Kamal Haasan, check out the celebs who got married more than once in life. Read below:

Kamal Haasan's personal life was always controversial as had three marriages and many relationships. He first married Vani Ganapathy at the age of 24 and live 10 years together. However, later he got divorced from her and met Sarika on a film set and fell in love with her. Although he was married to Vani Ganapathy, he broke it and moved in with Sarika, which went on for 16 years. Before the wedding itself, they had two daughters, Shruti and Akshara Haasan. And in 1988, because of societal pressure, the couple tied the knot but divorced in 2004 as his third wife Gautami entered his life. Kamal went ahead and was in a live-in relationship with actress Gautami. She came into his life along with her daughter from her first husband. After they both spent more than a decade of being together, they parted ways in 2016. 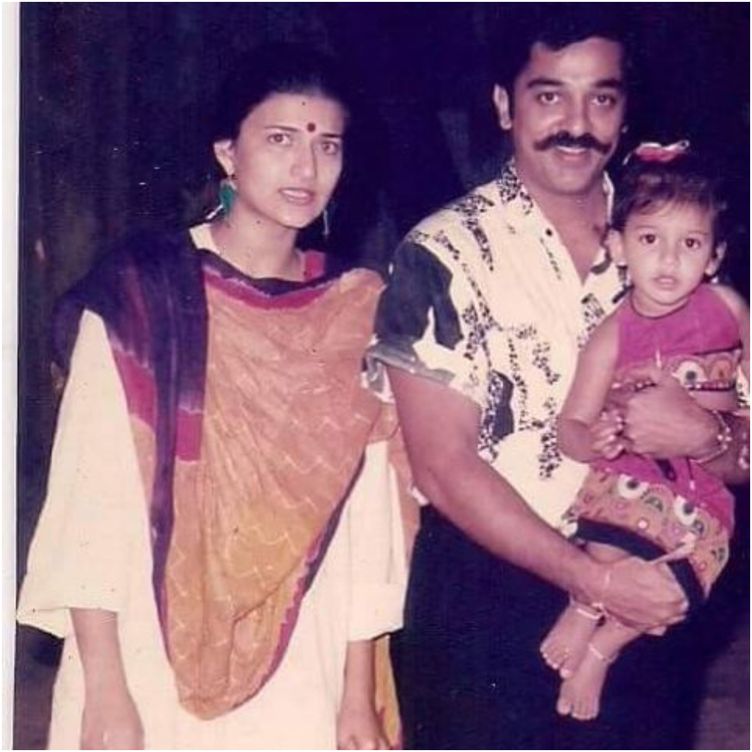 Pawan Kalyan first got an arranged marriage to a 19-year-old girl named Nandini. Later, despite being married, he got into a live-in relationship with actress Renu Desai, whom he fell in love with on sets of Badri and Johnny. He got divorced from Nandini in 2008 and married Renu Desai in 2009. The couple had two kids, Akira Nandan and Aadhya. However, they got divorced in 2012. Powerstar then married Russian girl Anna Lezhneva in December 2013 and has two kids, Polena Anjana Pawanova and Mark Shankar Pawanoich. 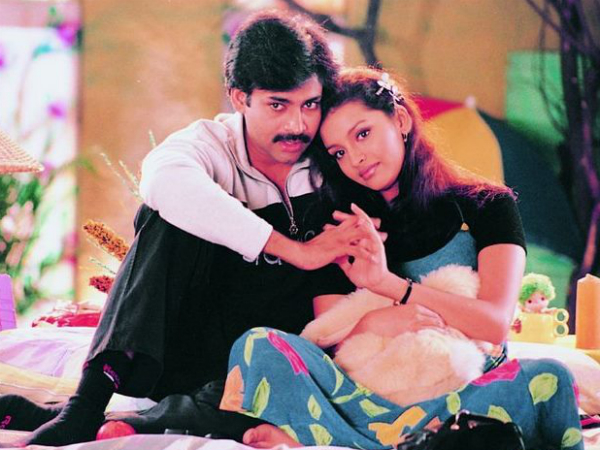 Legendary actor and politician NT Rama Rao had a very controversial personal life. He got married twice. In 1942, when he was at the age of 20 and studying his intermediate, he tied the knot with Basava Tarakam. He had eight sons and four daughters. However, as Basava passed away due to Cancer, NTR married for the second time at the age of 70 to Lakshmi Parvathi in 1993. She was the author of his two-volume biography, published in 2004. The couple had two years of marital bliss as he died of a heart attack in 1996. 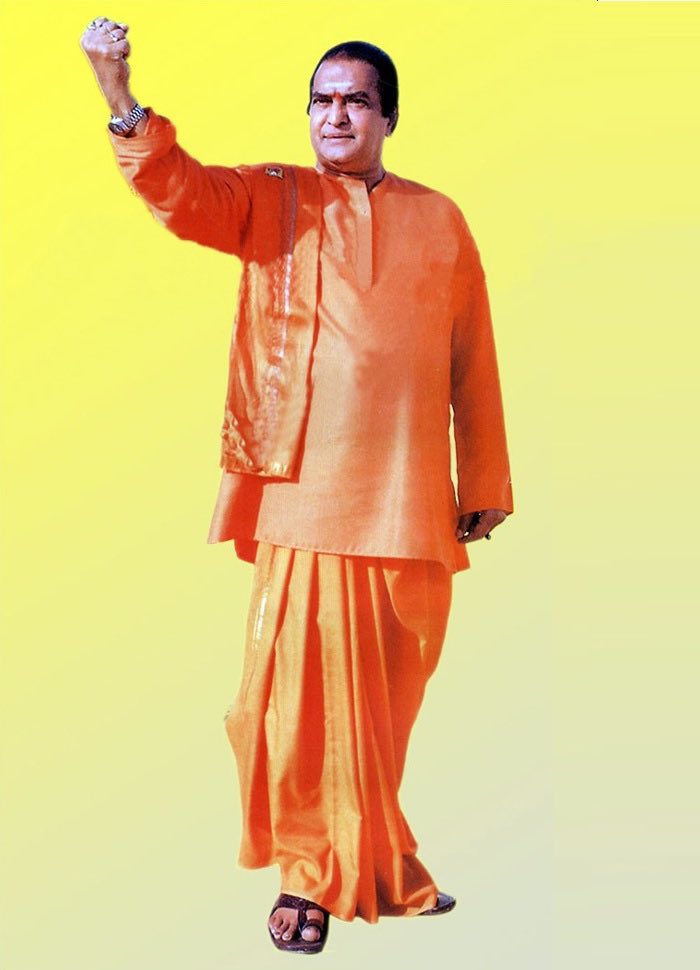 Ramasamy Ganesan, better known by his stage name Gemini Ganesan, had a starry yet controversial life. He married Alamelu at 19 in 1940 and had four daughters – Revathi, Kamala, and Jayalakshmi. However, the actor later fell in love with Savitri during the film's shoot. He married Savitri while still married to his first wife. He wooed women and got love in return. With Savitri,  he had two children, a daughter, Vijaya Chamundeswari, and his only son, Satheesh Kumar. Savitri died on 26 December 1981, at the age of 45, after being in a coma for 19 months.

Gemini Ganesan then fell in love with the actress Pushpavalli and apparently, he was never married to Pushpavalli. However, a few reports state they did marry each other secretly but never came out in open. The couple also had a daughter Rekha, a famous Bollywood actress. His fourth wife was Juliana Andrew, whom he married in July 1998. 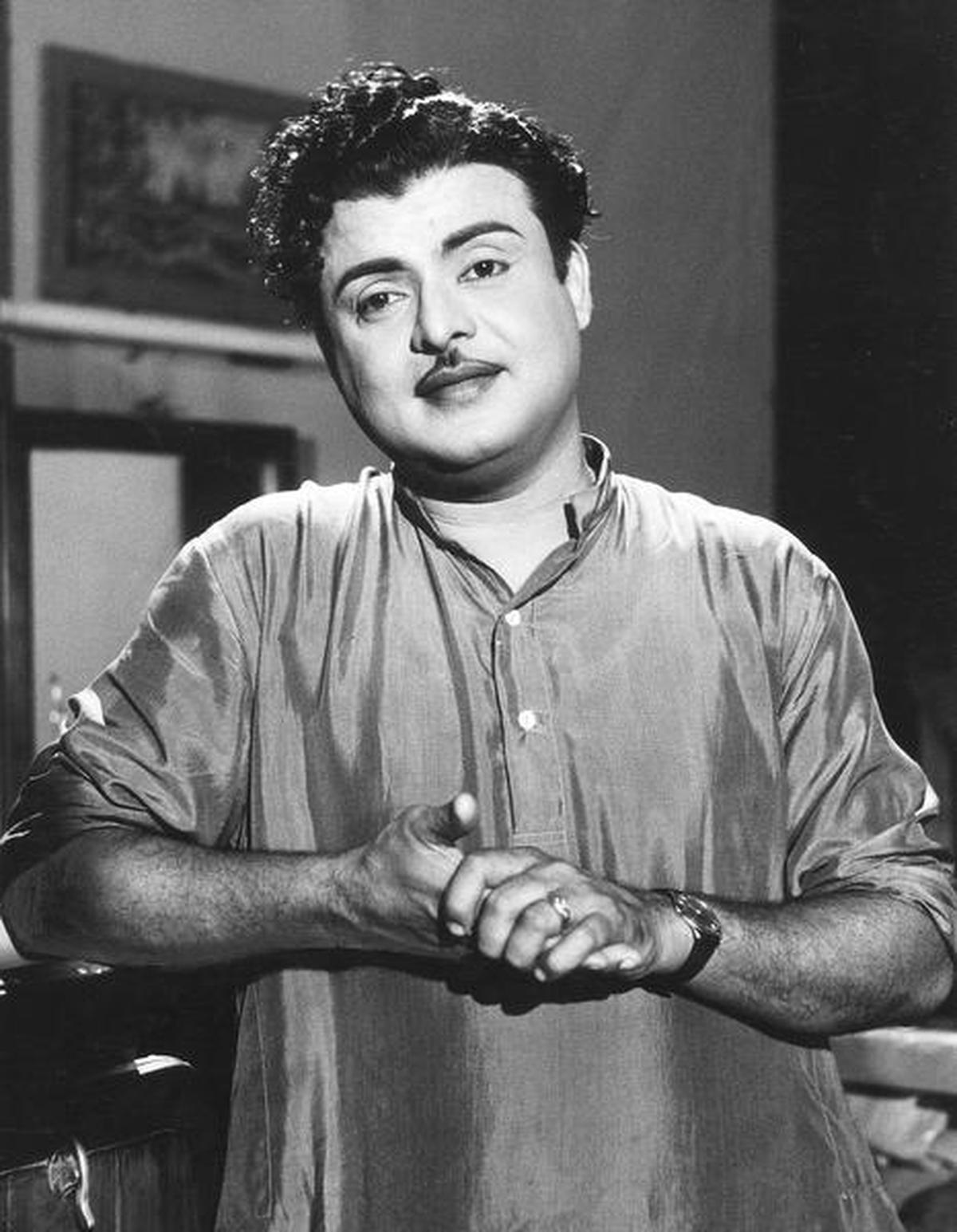 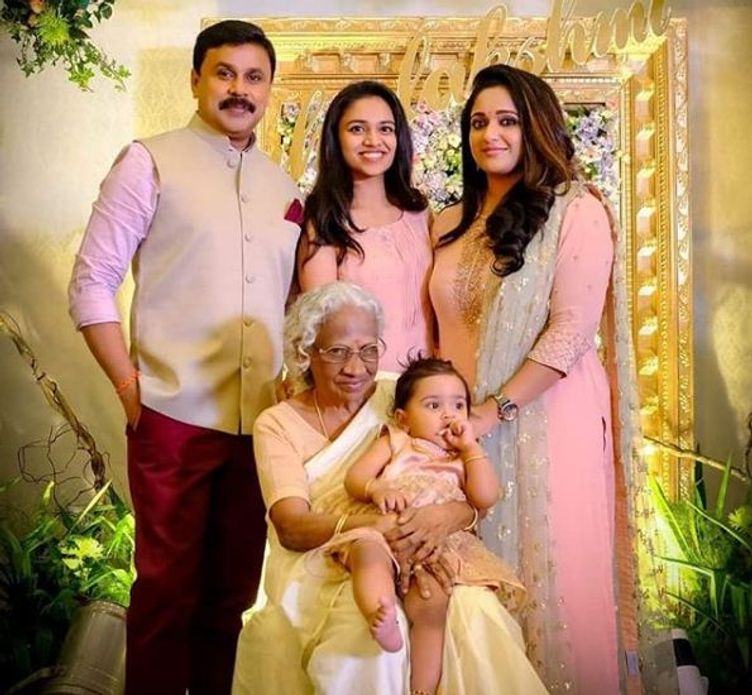 Nagarjuna Akkineni is known as a romantic hero in Tollywood. He had two marriages. The actor got married to popular producer D Ramanaidu's daughter Lakshmi Daggubati in 1984. They also have a son, Naga Chaitanya. But after 6 years of marriage, they got divorced as he fell in love with his co-star Amala, on the sets of RGV's Shiva. The actor married Amala in 1992 and has been living happily together since then. Nagarjuna and Amal have a son, Akhil Akkineni. 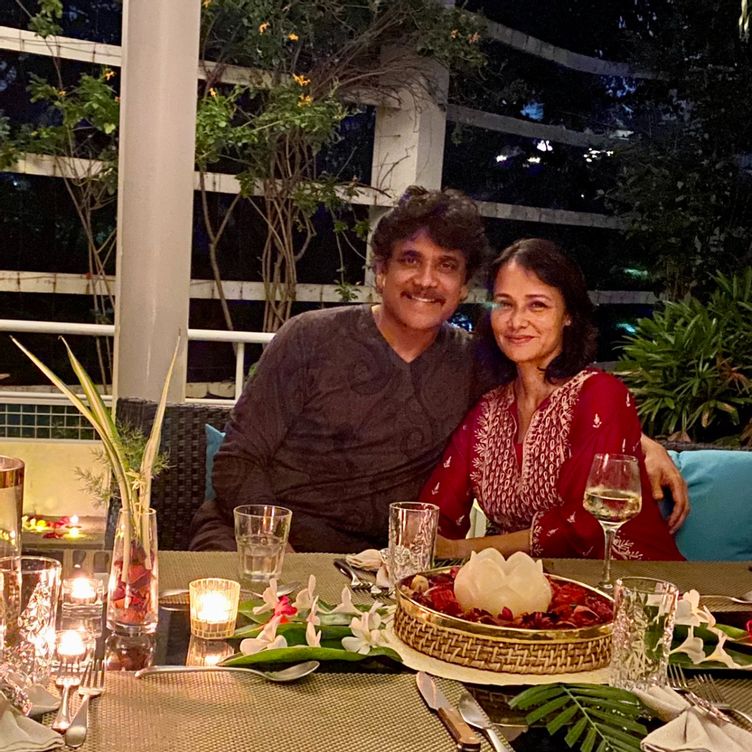 Popular South actor Prakash Raj divorced his first wife, Lalitha Kumari and apparently, they mutually parted ways in 2009. Prakash Raj and Lalitha have two daughters and a son. The Abhium Naanum actor is currently married to a choreographer, Pony Verma. 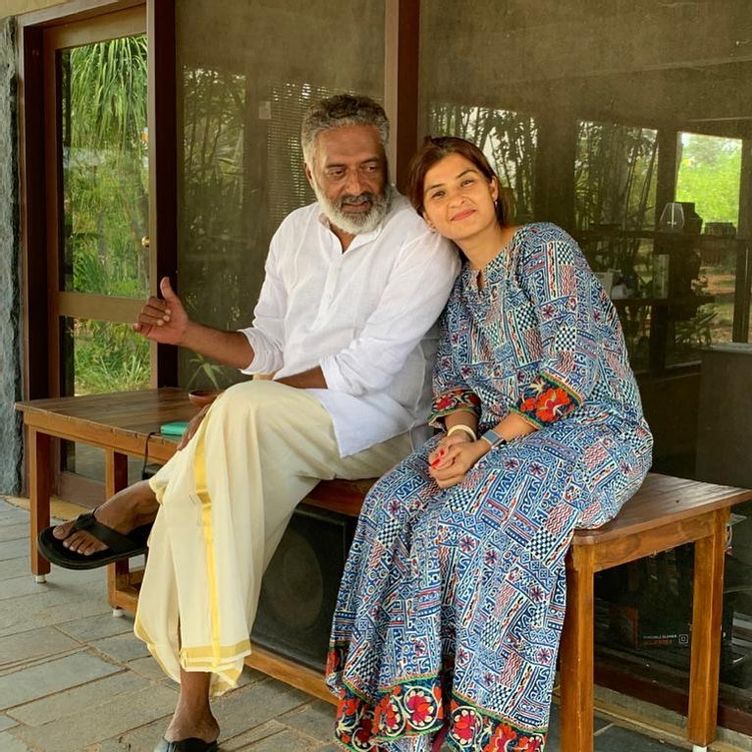 Raadhika had a failed marriage before finding love in Sarathkumar. She first got married to actor-director, Pratap K. Pothan in 1985. But their wedding didn't last long and the couple parted ways within a year after marriage. Raadhika later married a British national named Richard Hardy, however, that marriage also ended within two years. She had a daughter with Richard, named Rayanne Hardy. Finally, she found the true love of her life and married actor Sarathkumar in 2001. The couple has a son Rahul Sarathkumar. 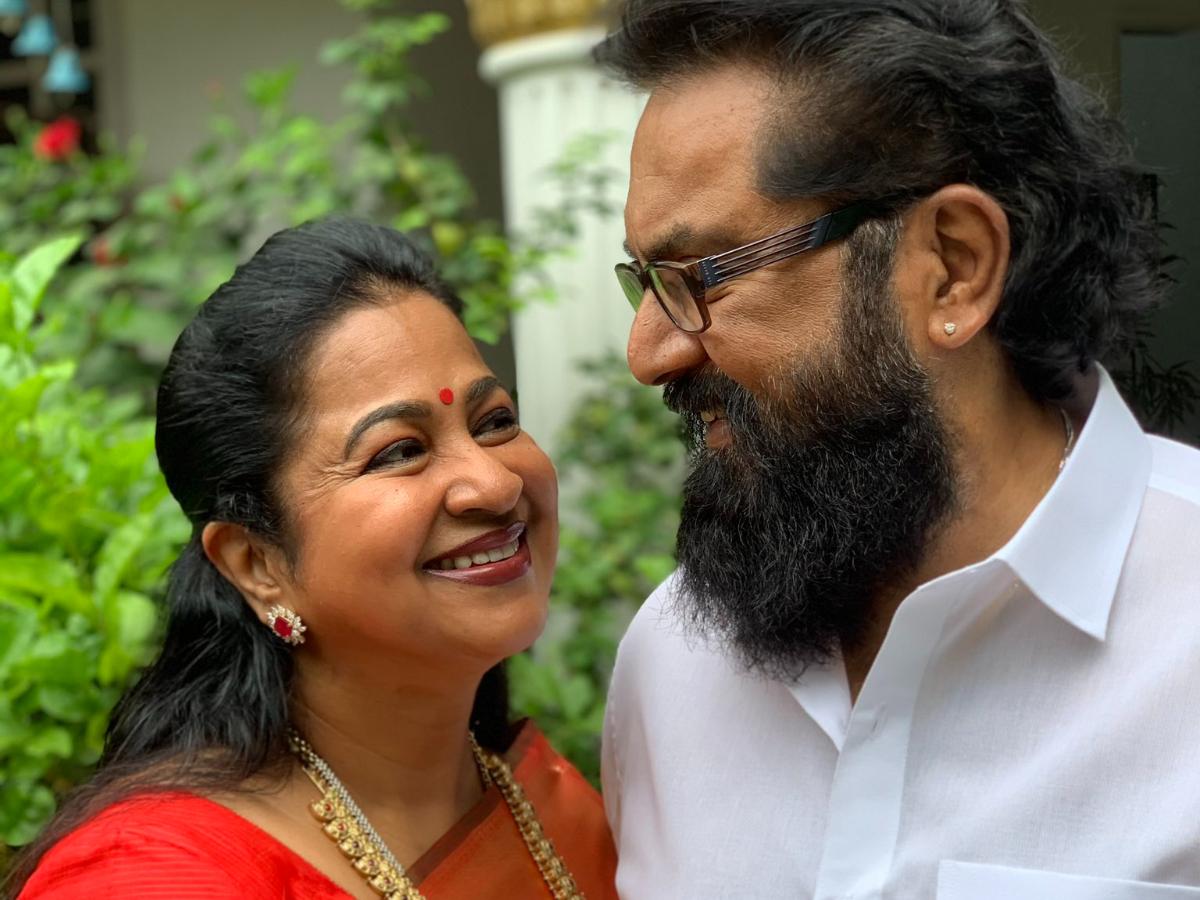 Naresh is all set to marry for the fourth time to Pavithra Lokesh as they have decided to take their relationship to the next level. Today on 31st December Naresh took to his Twitter handle and dropped a video, confirming his marriage plans with Pavitra Lokesh, "New Year New Beginnings Need all your blessings From us to all of you #HappyNewYear - Mee #PavitraNaresh."

Naresh first married the daughter of senior dance master Srinu and the couple has a son named Naveen Vijaykrishna. He divorced and married Rekha Supriya, the granddaughter of famous poet and film lyricist Devulapalli Krishna Shastri and has a son named Teja. The actor divorced his second wife. After crossing his 50s, he married Ramya Raghupathi, who was 20 years younger than him. Naresh and Ramya also have a son.