From multiple hospitalizations to organizing pantry ahead of his return, 10 things about 'weatherman' AI Roker

Al Rocker aka Weatherman, the renowned American television personality is set to make a return to his popular show 'Today' after a long gap of round 2 months... Al Roker, the celebrated journalist, television personality, weather presenter, and author, is finally set to make a comeback to his renowned show 'Today' which is being aired on NBC channel. The tv personality, who is fondly called 'weatherman' by his loyal audiences, is getting back to his famous show after a long gap of over 2 months. The highly exciting news was revealed by the anchors of 'Today' show, Savannah Guthrie, Hoda Kotb, and Craig Melvin on Tuesday's episode of the famous show.

"We have some great news to share this morning: Al is coming back to the show, said Savannah Guthrie on the Tuesday episode of the show. Hoda Kotb, on the other hand, revealed the date of Al Rocker's return to the much-loved show. "He’ll be here Friday. He’ll be right here in Studio 1A," said the anchor. "This is his place. He’ll be in his seat, right where he belongs. I cannot wait for that," she added.

The anchors, who are totally excited to welcome back Al Rocker to their famous show, expressed the same after announcing his grand comeback. "Not the same without Al. Our sunshine is coming back Friday morning," said Savannah Guthrie. Craig Melvin, on the other hand, expressed his happiness over the group getting back together after such a long gap.

Here we present 10 things you need to know about Al Rocker. Have a look...

1. Al Rocker's last appearance on the show before his break

For the uninitiated, Al Rocker last appeared on the 'Today' show on November 8, 2022. The television presenter was later admitted to the hospital due to health issues, and was diagnosed with blood clots in his lungs and legs. As per the reports published by People, Al Rocker was first discharged from the hospital by the end of November 2022, during the special occassion of Thanksgiving, so that he can celebrate the occasion with his family. However, the weatherman had to return back to the hospital just within 24 hours. 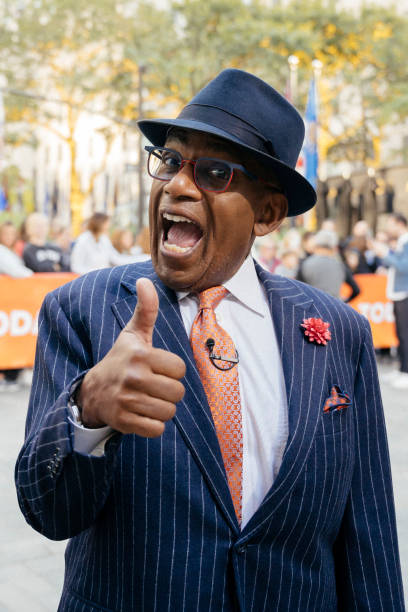 ALSO READ: Bernie Madoff: 5 things to know about Netflix docu-series, the case &amp; how it become the 'Wall Street Monster'

Later, Hoda Kotb, the co-host of the Today show, announced that Al Rocker is taking a break from the show owing to his health issues, on one of the show's episodes. "We all wish that Al could have been with us but due to some complications, he is back in the hospital and he’s in very good care," revealed the anchor as she dropped major updates on the Weatherman's health condition and recovery. The new update came out as a great disappointment for the loyal followers of the 'Today' show, who were already missing Al Rocker on the show.

Al Rocker missed covering the annual Macy's Thanksgiving for the first time in 27 years, owing to his health issues. The Weatherman also gave the lighting of the Rockefeller Center Christmas tree a miss, due to the same reason. However, the Today show's weather anchor was able to spend the Christmas season of 2022 with his family and loved one, as he was finally discharged from the hospital on December 8. The television presenter confirmed the good news by making a special post on his official Instagram handle.

"Home! So incredibly grateful to family, friends, medical folks, @todayshow family, and all your thoughts and prayers," wrote the weather host of the Today show, as he shared some inside pictures with his wife Deborah Roberts, and daughter, which was clicked at his residence. The Today team, on the other hand, surprised their beloved weatherman by gathering outside his New York City home to sing Christmas carols from him in December 2022. Al Rocker was left in tears by the amazing gesture of his beloved team members.

Later, during a virtual appearance on the 'Today' show episode which was aired on December 12, 2022, Al Rocker expressed his deep gratitude for the immense love and support he received from both his amazing colleagues and loving fans. “Listen, it’s been a tough slog. I’m not going to deny this. It’s been the hardest one yet, and you know I’ve had my share of surgeries. It gives you a profound sense of gratitude for this outpouring of prayers and thanks. I’m a very fortunate person,” said the Weatherman during his virtual appearance on the show.

However, Al Rocker was still unsure about returning to the Today show at that point, as he was still on the road to recovery. "You lose a certain amount of muscle mass for every week you’re in the hospital, and I was in the hospital for four weeks," revealed the Television presenter as he opened up on his illness and recovery. "It’s just a certain amount of weakness. I’m doing physical therapy every day, and occupational therapy. I’ve got to just get my strength back," he added.

4. Al Rocker organizes his pantry as he is getting ready for a comeback

However, Al Rocker is now all set to make a grand comeback to the 'Today' show, and was even seen organizing his pantry before he makes a re-entry. On January 3, Tuesday, the television presenter shared a side-by-side view of his pantry, hinting that he is indeed getting ready for the massive comeback. In an Instagram post, Rocker even admitted that he found a lot of 'expired' products in his pantry, as he made a comeback after long two months. "This morning, with a nudge from @debrobertsabc I got up early and went through our pantry to reduce clutter and get rid of expired cans and bottles. Not proud but more than a few were dated 2019!!," he captioned the post.

Al Rocker's pantry, which is visibly renovated, is made of several spacious shelves and contains many kitchen staples including Raos pasta sauce, Skippy peanut butter and Maxwell House coffee. Some of the renovated shelves are filled with clear, labeled containers, that store every essential from cereal and farro to brown rice and couscous.

Check out the picture of Al Rocker's pantry, below:

ALSO READ: What to watch in January 2023 on Netflix?

Al Rocker, who is born under the name Albert Lincoln Rocker Jr, is the son of Albert Lincoln Rocker Sr, who was a bus driver of Bahamian origins, and Jamaican descendant Isabel in the borough of Queens, New York City, on August 20, 1954. He did his schooling at Xavier High School in Manhattan, later attended the State University of New York at Oswego, and graduated with a B.A in communications in 1976. Interestingly, Al Rocker initially wanted to become a cartoonist.

The renowned television presenter kickstarted his career as a weather anchor for WHEN TV (which is now known as (WTVH) in Syracuse, New York from 1974 to 1976, while he was pursuing his graduation at the State University of New York at Oswego. During his time in Oswego, he also worked as a DJ at the campus radio station, WNYO. After his graduation, Al Rocker moved to Washington D.C where he took up the weather casting position at independent station WTTG.

8. Association with NBC and various roles

Al Rocker's association with NBC began in 1978, and after a few years, in 1983, he returned to New York City as the station's weekend weathercaster. He was later promoted to a regular weathercaster, and then replaced the veteran Dr. Frank Field. In 1995, he became the host of The Al Roker Show, a weekend talk show on CNBC. Eventually, he earned immense popularity on television, after he began to host the weather section of the 'Today' show. 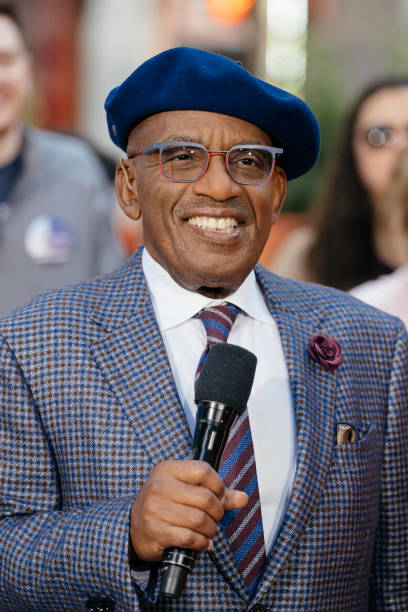 Roker began to host NBC's coverage of  Macy's Thanksgiving Day Parade in 1995 (with the exception of 2022), where he provides commentary along with some of his Today Show colleagues. Interestingly, he also appeared as Joe in the Broadway musical Waitress for a six-week run from October 5 to November 11, 2018. Later, he returned to the show for a limited run from November 1 to 24, 2019. For the uninitiated, Al Rocker is also an author and has co-written a series of murder mysteries beginning in 2009 that features Billy Blessing, a celebrity chef turned amateur detective, along with Dick Lochte. One of the most popular books in the series, The Morning Show Murders which was published in 2010, was made into the 2018 movie on Hallmark Movies and Mysteries. Holly Robinson Peete appeared in the lead role in the project.

The renowned television presenter got married to his first wife (whose identity is now revealed) at a young age. However, the couple soon parted ways citing irreconcilable differences. In 1984, Al Rocker married WNBC producer Alice Bell, after a few years of courtship. The couple welcomed their first and only child, daughter Courtney in 1987 through adoption, as an infant. However, Rocker and Bell later got divorced. In September 1995, the television presenter got married to TV journalist Deborah Roberts, after dating for a few years. The couple has two kids together - daughter Leila and son Nicholas.

ALSO READ: Romeo and Juliet's stars sue the studio for child abuse over nude scene; 6 things about the 1968 film