Ahead of The Ghost's release, director Praveen Sattaru in a chat with Pinkvilla spoke of challenges he faced after Kajal Aggarwal exited. He mentioned writing the script mostly for Nagarjuna. National Award-winning director, Praveen Sattaru, conceptualised a new script only for Nagarjuna, who will be seen playing a retired RAW officer in the upcoming film, The Ghost. “This is for the first time that I have written film actually for Nagarjuna sir,” said Praveen in an exclusive chat with Pinkvilla. The Chandamama Kathalu director also revealed that after Kajal Aggarwal’s exit, it was challenging to get someone who could pull off stunts.

“It is a simple story that focuses on family and action and not because we wanted to make an action film but because the story demands. It is very organic,” Praveen Sattaru opens up on his upcoming film The Ghost.

Kajal Aggarwal had opted out of Nagarjuna Akkineni's upcoming action thriller The Ghost due to her pregnancy. Praveen faced a few challenges there, one of them being the delay in the film’s shoot due to the pandemic. “We shot with Kajal (Aggarwal) for a couple of days but she was pregnant and had to leave. Since there is a lot of action in the film, it was very challenging to a point to get someone who can pull off stunts and someone who could stand shoulder to shoulder with Nag sir. It is not just any heroine character as there are scenes in the film where she (Sonal Chauhan) rescues him (Nag). Sonal has managed to pull it off incredibly well,” the director confessed, who is set to move on to his next film starring Varun Tej.

Nagarjuna Akkineni is a very “chilled out human being”. “Nag never stresses out. Even when he walks into the sets, it is very charming. He has got that aura I cannot explain. Be it action or a romantic scene, it comes naturally,” he shares on his experience of working with action king Nagarjuna.

The Ghost is releasing this Dussehra, on October 5th. Praveen thinks the release timing and pre-release publicity are as significant as solid content but “we don’t have to go all out”.

“We will not be over-promoting the film. We are only planning to put out our content out there for it to work. Content is what will create the hype and we are trusting the content,” he said.

Once you get a National Award, they brand you as an Indie filmmaker or you cannot make a commercial cinema
director Praveen Sattaru 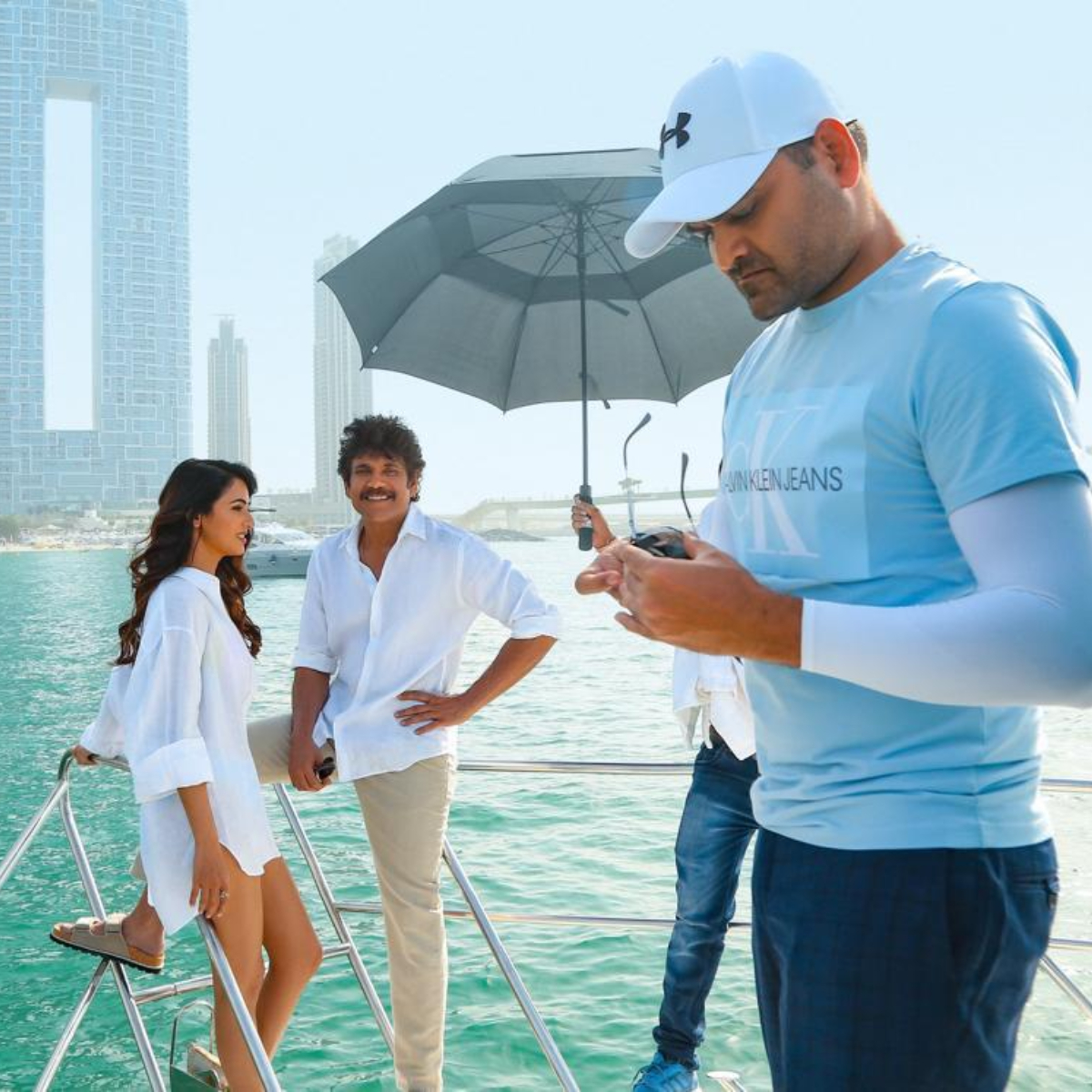 In an interview in 2014, Praveen had said “If you're making a simple love story, people would come and watch it only if there's a star in it” and that was his biggest learning then. Reacting to the same, he replies, “Irrespective whether you have a star or not, if there’s a story, it will work. Secondly, having a star helps to push the film to a larger audience. But at the end of the day, the content has to be good. When I make a film, I don’t make it to become a commercial film. But I make it on the basis of emotions. Filmmaking for me is an emotion and not a business.”

Being a National Award winner, Praveen thinks it doesn’t add any pressure but works otherwise. “It doesn’t add any pressure. It is other way actually. Once you get a National Award, they brand you as an Indie filmmaker or you cannot make a commercial cinema. But I do take that pride in having the National Award because it is very rare and unique. I have been lucky to win one but again, I always made different genres. Action genre among all is something I enjoy the most.”