The highly anticipated official trailer of Samantha Ruth Prabhu's Shaakuntalam is out. Take a look at 6 hits and misses from the epic love saga. Samantha Ruth Prabhu will be seen for the first time in the mythological genre titled Shaakuntalam. Amid high expectations, the much-awaited trailer has been released on social media. The trailer has been unveiled in all South languages, Telugu, Tamil, Malayalam, Kannada, and Hindi as well. Going by the trailer, the film is a visual treat to fans of Samantha, who will witness her in a never seen avatar.

The 3-minute trailer begins with the introduction of Samantha as the first abandoned child in human history and the daughter of Menaka and Vishwamitra, princess Shakuntala. The actress as a princess looks ethereal and manages to grab the attention with her grace and elegance. Samantha's chemistry and romance with Dev Mohan, who is playing Dushyanta, is mesmerizing. However, it looks like the love story will have a tragic ending. Overall, the trailer shows Shakuntala fight for love and war.

Here are the 6 hits and misses from Shaakuntalam trailer we noticed. Check out below

Samantha as a princess (HIT)

Samantha has played many different characters in her career but this is the first time that she will be seen in a mythological role. The actress in the role of princess Shakuntala in sarees and traditional outfits is the epitome of grace. Samantha's introduction from an orphan child to a grown-up beautiful woman is captivating. The grace while talking and walking shows that she has put in great effort to give proper justice to the character. Samantha looks magical. We can clearly see the grandeur in every frame. The colour aesthetics are spot on. 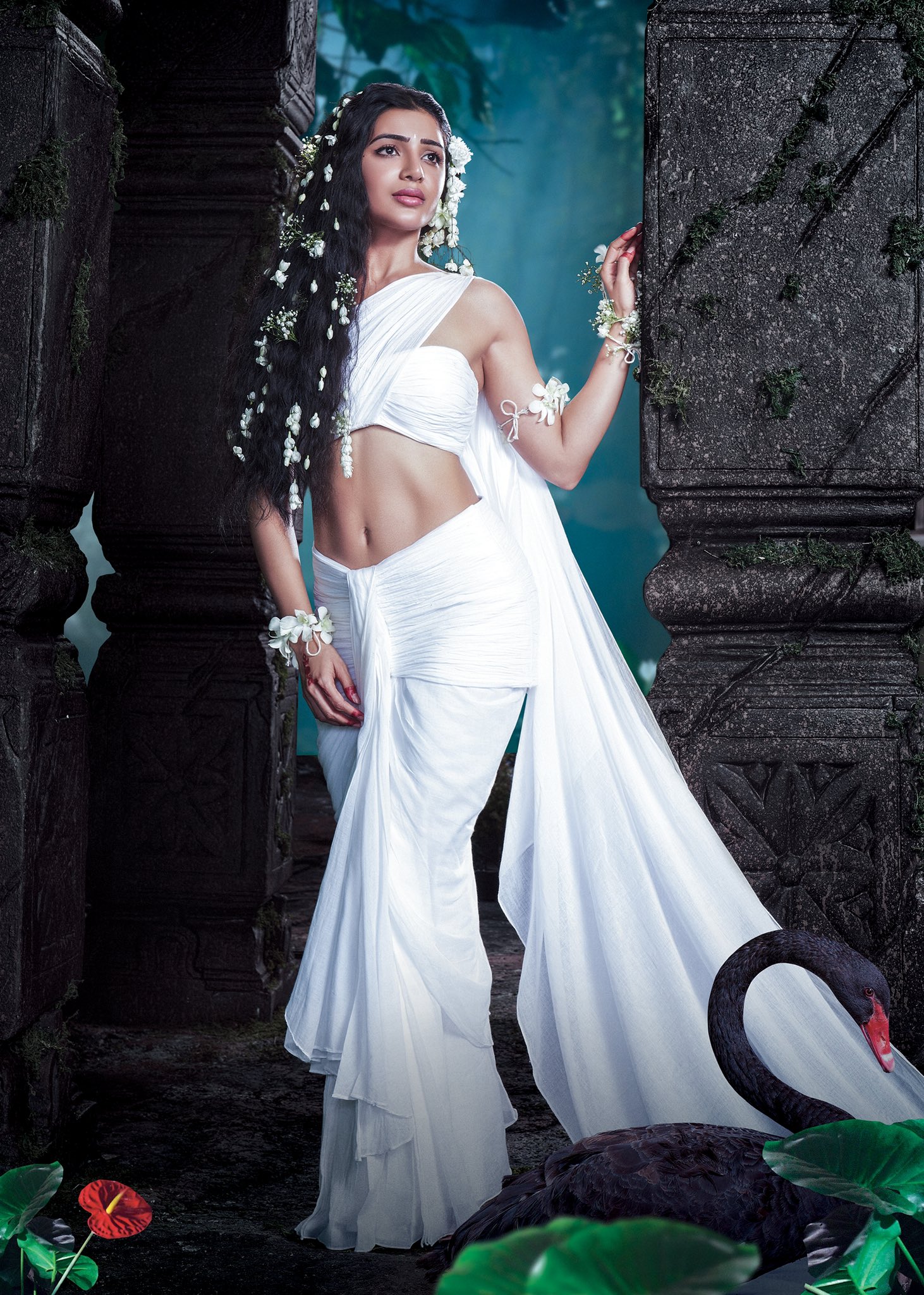 Samantha looks perfect with every actor she is paired with. The way she manages to put her chemistry and romance with Dev Mohan, the king of the Puru Dynasty, is enchanting. Like a mythological movie demands, she has quite perfectly portrayed coyness, blushing often as her king comes close to her. The love story looks epic and promises a visual treat.

As Shaakuntalam is a mythological movie based on the play Abhijnanashakuntalam, written by poet Kalidasa, it's heavy on VFX. Most visuals in the trailer look stunning, especially Samantha's entry with butterflies and peacocks. The mountains, rivers, and everything will definitely give a perfect mythological movie vibe. There are grand shots of forests, kingdoms, and a CGI war where Dushyant leads his armies against an Ausra king (played by Kabir Duhan Singh). The cinematography is top-notch and promises grandeur like Baahubali and RRR.

However, at the end of the trailer, a scene of the Lion appearing doesn't look real. The VFX gets a bit laid back but makes up for it with Allu Arha sitting on it.

The dubbing and dialogue delivery of Samantha seems to be a miss in the trailer. As it is pure traditional language, it doesn't seem to match her. Not just Samantha, the dubbing of many characters doesn't seem perfect. However, she deserves special appreciation as she dubbed herself in Telugu and Hindi. With such a grand trailer, the dialogue delivery and dubbing are a total disappointment.

Shaakuntalam marks the debut of Allu Arjun's daughter Arha, who is playing the role of prince Bharata. While Arha is super cute and her entry totally caught our attention, the VFX of the lion and Arha on it seems off. It doesn't look real at all. However, fans of Allu Arjun are rejoicing watching Arha on screen for the first time.

Costumes play a very significant role in mythological films as they bring out the essence of the character and Shaakuntalam justified that in every way. Neeta Lulla, the fashion designer of the film, designed every outfit perfectly well for Samantha aka Shakuntala, and Dev Mohan aka Dushyant. From simple sarees in white and maroon, to grand looks in orange and red silk saree with aesthetic gold and silver jewellery, everything looks resplendent.

After being pushed multiple times, the makers have finally announced the release date for the mythological drama. Shaakuntalam is finally slated to be out in the cinema halls on 17th February this year. While the film was initially scheduled to release on 4th November 2022, it got postponed as the makers wanted to make the movie bigger and release it in 3D.

Mohan Babu, Sachin Khedekar, Gautami, Aditi Balan, Ananya Nagalla, and Varshini Sounderajan will also perform prominent roles in the forthcoming drama, along with others. Conceptualized and directed by Gunasekhar, the venture has been backed by the production banner Gunaa Teamworks, while Dil Raju Productions is the distributor for the movie. Prawin Pudi headed the editing department of the movie.

What do you think about Samantha Ruth Prabhu's Shaakuntalam trailer? Do comment below and let us know.