Ian Somerhalder and Nikki Reed tied the knot in 2015. They welcomed their daughter Bodhi Soleil in 2017. Here’s a look at their relationship timeline. Ian Somerhalder and Nikki Reed are expecting their second baby. The Vampire Diaries star Ian took to his social media space on Tuesday 10th of January (IST) and shared the wonderful news with their friends, fans, and well-wishers. He shared a picture of his wife Nikki holding their first child Bodhi in her arms, while she cradled her baby bump. She was seen donning a brown bodycon dress with a white hat.

Sharing the photo, the actor wrote a heartfelt caption that read, “All I’ve ever wanted from the time I was a young boy was to have a big family.” He further expressed his gratitude to Nikki as he wrote, “Thank you Nik for giving me that gift. ROUND TWO HERE WE GO!!!!! Thank you thank you to this incredible human for the gift of life and love, for being the most incredible mom and working so hard to make dreams come true!!! When I was taking this photo, I could not believe what I was seeing through that viewfinder. There’s nothing more beautiful…” He concluded the caption with a request for his friends and followers that read, “All I ask is that everyone sends positivity to Nik & I during this time. The social space can be a strange one, but we can also make it a great one.”

Apart from Ian, Nikki Reed also took to the ‘gram and shared the same picture. In her caption. She wrote, "2023 celebrating life (black heart emoji) Years of dreaming, manifesting and praying over this very moment. So much love. What a gift.”

She further mentioned that she has strong boundaries when it comes to posting about her children on social media. “Thank you so much for honoring that, and for sending positivity and kindness and LOVE. Some things are too good not to share :)” she wrote. Nikki also credited Ian for the picture.

Ian and Nikki tied the knot in 2015. Two years later, in 2017, they welcomed their first child Bodhi Soleil. As the lovebirds gear up to embark on a journey of parenthood for the second time, let’s take a look at how their relationship unfolded.

As per People, Rumours about Reed and Somerhalder dating each other started doing the rounds in July 2014 after they were spotted indulging in PDA on their trip to a farmer’s market, Studio City in California. A few weeks later, they made their relationship public when they attended an Entertainment Weekly party together at Comic-Con.

Six months after they made their relationship public, Somerhalder and Reed got engaged. Their engagement came a year after Reed announced her divorce from American Idol musician Paul McDonald, and almost two years after Ian parted ways with his Vampire Diaries co-star Nina Dobrev. 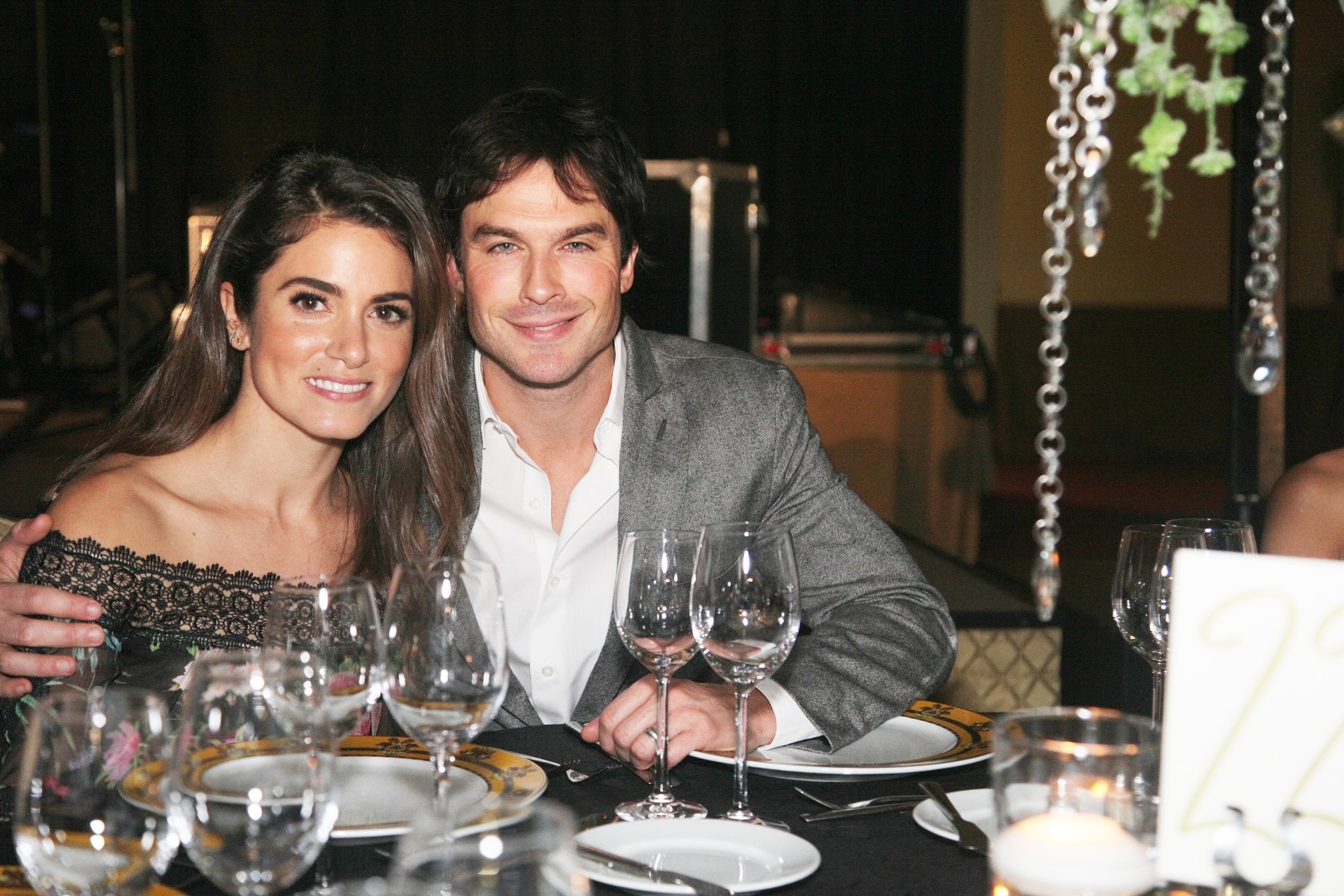 Three months later, in April 2015, the lovebirds tied the knot in a dreamy ceremony at Topinga Canyon, Malibu, California. A day after their wedding, the Vampire Diaries actor took to his Twitter space and posted, “Most beautiful morning ever…”

Soon after their dreamy and romantic wedding, the newlyweds go on a honeymoon to Tulum Mexico. Reed took to Instagram to share a glimpse of their time together. In the picture, Ian can be seen planting a kiss on Nikki. Along with the picture, she captioned the post, “Salty...sandy...sticky...sunburned. The best. I love this human. My human.” After Mexico, they took off to their second destination in Rio De Janeiro Brazil, where they enjoyed a pretty candlelight dinner.

5. May 4, 2017: Nikki Reed and Ian Somerhalder announce their first pregnancy

On May 4th, 2017, Ian and Nikki announced that they are expecting their first child. Sharing a sweet photo of Ian kissing her baby bump, Nikki wrote a caption that read, “Hi Little One I know you, but only because I feel you. How is it possible to love someone so much already? All I know for sure is it's the strongest feeling I've ever felt. We've been sharing this body for quite some time, and we've already experienced so much together. We can't wait to meet you...Love Your parents.”

Ian posted the same photo and wrote that they wanted to keep the news to themselves at first for as long as possible.

Ian and Nikki became parents for the first time on July 25th, 2017, when they welcomed their baby daughter Bodhi Soleil. In her cover story for Fit Pregnancy and Baby via People, Reed said that the new parents wanted to take the first month after Bodhi’s birth just for themselves, without any visitors or communication. “You don't get those first 30 days back, and we want to be fully present,” she was quoted saying.

The family of three now resides on a farm outside of Los Angeles, where they enjoy a quiet life together, away from the limelight.

When Nina Dobrev left The Vampire Diaries just a m...

When The Vampire Diaries’ Nina Dobrev defended her...

Nikki Reed hits back at the media; poses with hubb...

When The Vampire Diaries stars Nina Dobrev and Ian...