Here's why we are going gaga over Tamannaah! 1.  Year of her powerful releases

The actress has just released the hilarious comedy-drama Babli Bouncer which sees her as a female bouncer character. She has gained immense appreciation for her masterful performance in the Madhur Bhandarkar directorial, and all her fans appreciate her zest to take on a different role. Babli Bouncer portrays the profession's layers while giving us a belly-tickling ride.

2022 brings the Pan-India actress some more diverse films and she stuns her fans with her vibrant roles. She amuses her audience in the comedy-drama F3, the sequel to the box office hit F2: Fun and Frustration, which was released in the first half of 2022. Her recent comedy action-drama Babli Bouncer was released on September 23, which added more versatility to her choice of films.

Tamannaah doesn't stop here but brings us another Telugu romantic drama 'Gurthunda Seethakalam' which was released again on September 23. Directed by Nagashekar, the film revolves around a middle-aged character who faces several heartbreaks on his journey to find true love. The actress brings us another light-hearted comedy-drama, Plan A Plan B, released on September 30.

It's a powerful 2022 for Tamannaah. She floors her fans with her dedication to playing her diverse characters. She gives her fans a needed laugh with F3 and the Chandigarh-based bold character from Babli Bouncer, gives them a romantic tale to cherish with Gurthunda Seethakalam, and makes them chuckle with her hilarious role from Plan A Plan B.

Tamannaah leaves no chance to showcase her classy side to the world, be it Filmfare or other fabulous events. She balances the most vibrant shades of her personality and leaves all her spectators stunned. The pan-India actress is also a style icon who carries her stylish fashion acumen and makes heads turn every time she walks at an event. 2022 has been a year of Tamannaah's fabulous glam walks on several red carpets where she has aesthetically made heads turn. 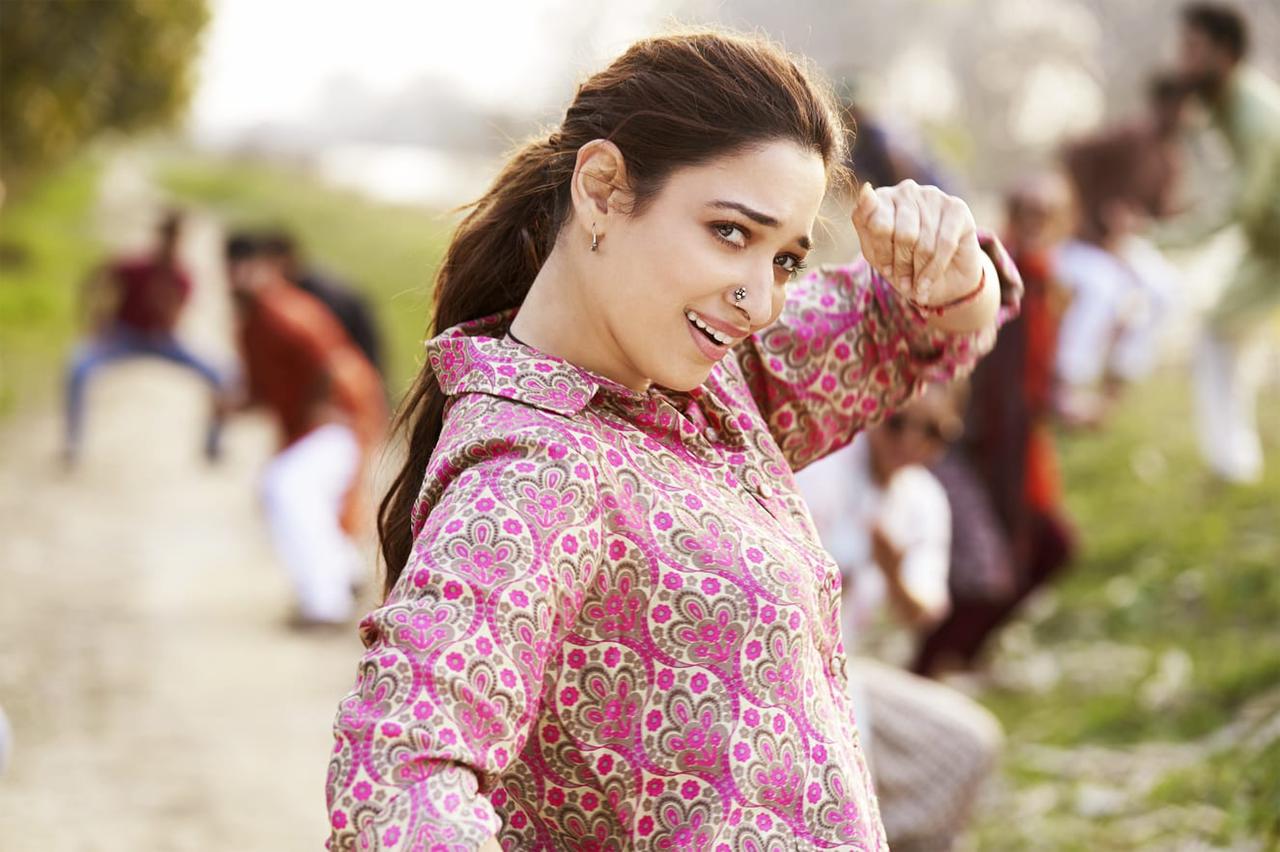 Tamannaah's fan-following has seen a tremendous rise over the year with several film releases, international honours and much more. Her social media has become an endless scroll for all her fans for 2022. She is an actress who values her fans and that's why she never fails to give them an insight into her BTS moments or share her honest emotions with them.

Tamannaah's entertaining films have added to her epic fandom, and she is undeniably the most searched actress for 2022. She is the most loved Pan-India star and the love of her fans for her proves it. She gives them something new every time, be it Babli Bouncer's energetic and fun promotions, her dance moves with her loving fans or her lovely selfies with them.

The year 2022 speaks ton for Tamannaah Bhatia's holistic brand image. She started the year by releasing her comedy-drama F3: Fun and Frustration. The Indian Film Festival Melbourne honoured the actress as a celebrity judge and she indeed made her country proud. In May 2022, she walked at the 75th Annual Cannes Film Festival in France. She wore five glamorous outfits on the prestigious red carpet that became the instant talk of the global event. The F3 actress stole the spotlight with her choice of attire and the shades to match. Joining the list of several fashion divas at the event, Tamannaah impressed her fans with every look.

With such empowering opportunities that the actress is presented with, she has had the most encouraging 2022 till now and looks forward to more in the year's remaining months.

Disclaimer: This article is a paid partnership.

Anonymous
Oct 27, 2022 12:44 PM
She is a most desired actress now . All her films are hits. Seetimar, Maestro and two ott releases are hits. Now Bubly bouncer and Plan a Planb are hits.
0 REPLY