It is evident that Ranveer Singh can’t contain his excitement as he got papped with legendary sportspersons Usain Bolt, Pep Guardiola, Ben Stokes, Chris Gayle, and others. Pictures inside. Ranveer Singh is one of the most popular actors in Bollywood. He is nowadays roaring under success as the actor was honoured with the Etoile d'or Award at the Marrakech International Film Festival. And now, the actor has arrived in Abu Dhabi, the capital city of the UAE where the Abu Dhabi Grand Prix is taking place. For those unaware, Abu Dhabi Grand Prix is a Formula One motor racing event where several celebrities and sportspersons have been spotted. Have a look.

Have a look at the pictures 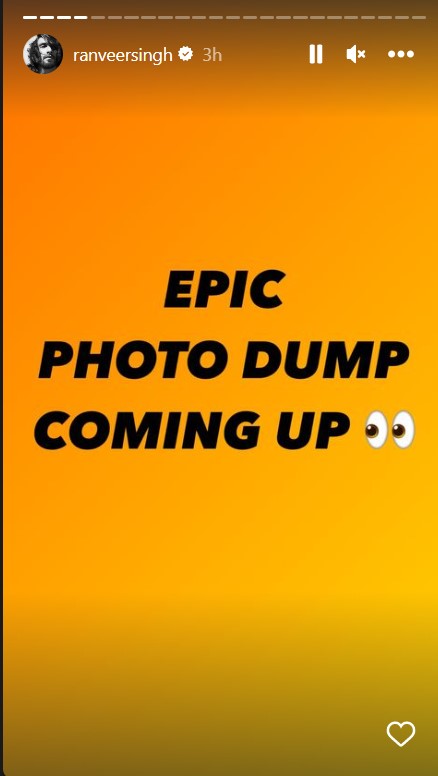 In May this year, Ranveer Singh was seen in the film Jayeshbhai Jordaar. In December, he will be seen in Rohit Shetty’s film titled Cirkus.

Anonymous
Nov 22, 2022 09:31 AM
Indian youth is liking K drama and C drama bcoz the current gen Indian actors are nothing but a man child with ugly beard and childish behavior with no charisma
0 REPLY