Deepika Padukone is one of the most loved actresses in Bollywood. She started off her journey in the industry with Om Shanti Om alongside Shah Rukh Khan and since then, there's been no looking back for the actress. Every time she appears in films, she makes sure to light up the screens with her charming presence and solid performance. Pathaan teaser was unveiled recently and it literally broke the internet. Apart from seeing SRK in a film after five years, fans are also excited to watch Deepika in a bold avatar. She is garnering a lot of praise for her stunning look. Cinema lovers are eagerly waiting to see her do action in the film as the teaser did give a sneak peek into it. Deepika is celebrating her birthday today. On her special day, here's taking a look back at the 15 best movie looks of Deepika that went on to become iconic:

Back in 2007, birthday girl Deepika grabbed everyone's attention with her simplicity in her debut film Om Shanti Om. She was seen opposite Shah Rukh and their fresh pairing did help the film make a lot of noise at the box office. Deepika was seen in a dual role, firstly as an actress Shanti Priya and other as a struggling actress Sandy. To play Shanti Priya, she donned a pink outfit with a retro bouffant hairdo. Her classic entry is still one of the most remembered scenes. Deepika surely managed to make a place in everyone's heart right from her first film. 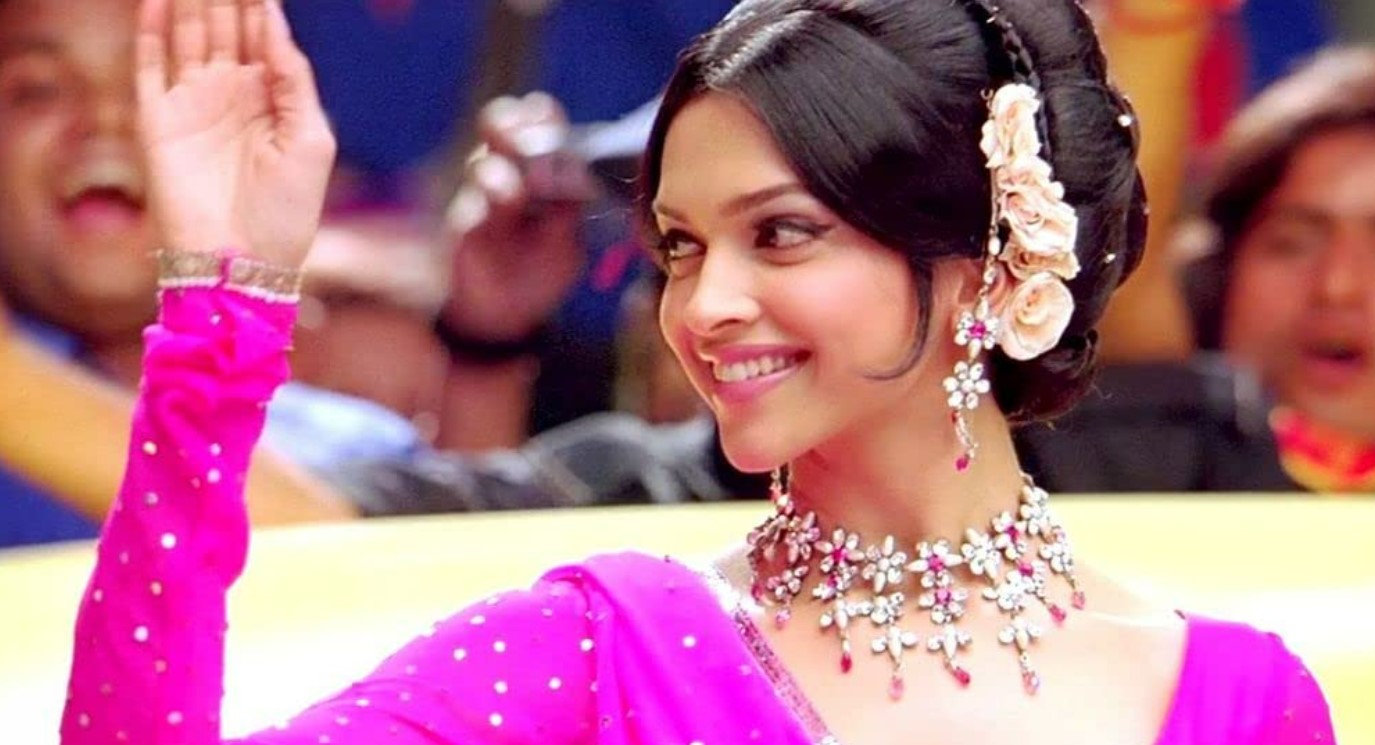 Bachna Ae Haseeno went on the become everyone's favourite because of Deepika and Ranbir Kapoor's crackling chemistry. But it was her dreamy dresses that stole everyone's heart. In the film, Deepika was seen playing Gayatri's character and she was all things chic. She definitely made heads turn with gorgeous outfits in the song Khuda Jaane. 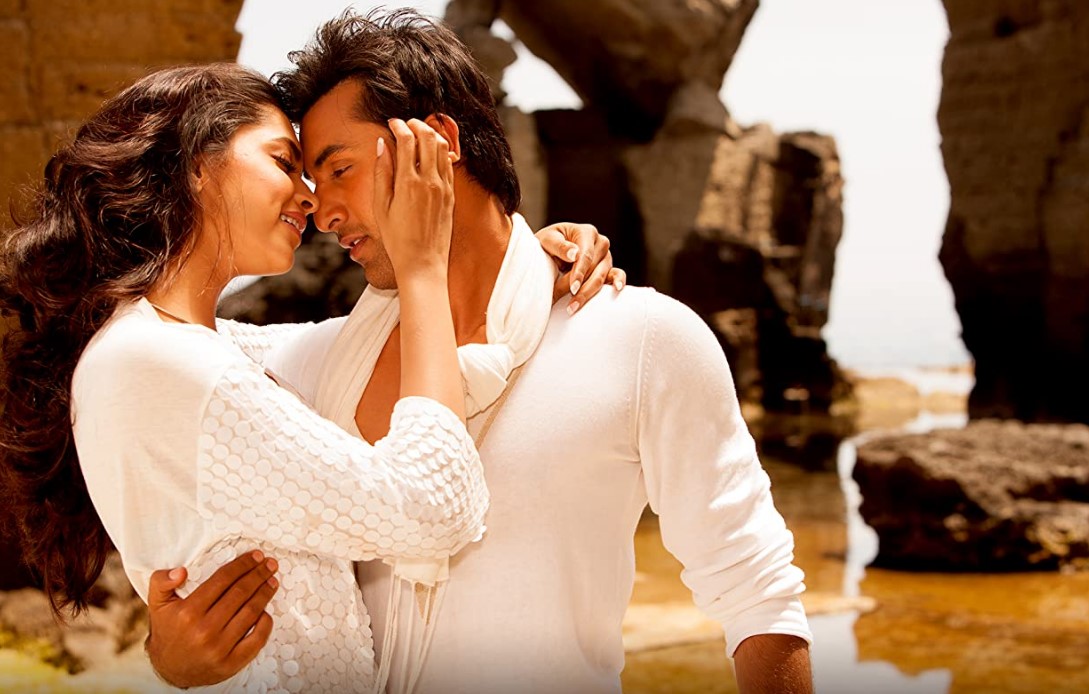 Deepika's Cocktail was all about the glam! Deepika as Veronica was the sassiest character. Not only did she impress everyone with her acting chops but also with her stylish outfits. From going all bold in a bikini to slaying in red-carpet gowns, her looks were truly fashion goals! 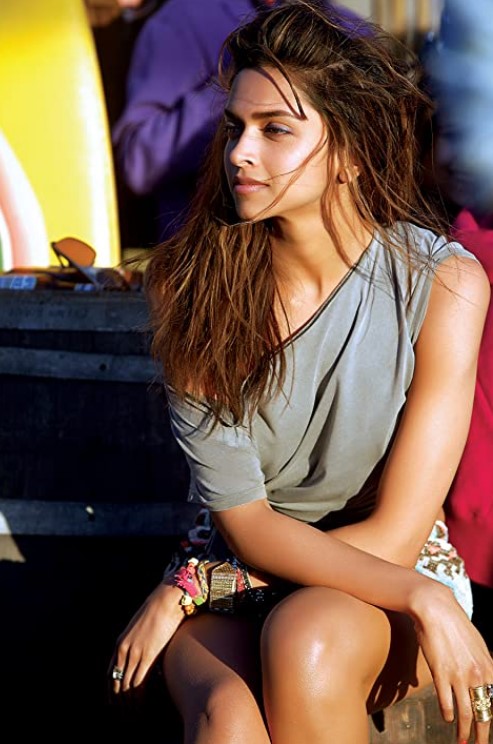 Chashmish Naina or sexy Naina, we loved both of them! Her character in Ayan Mukerji's Yeh Jawaani Hai Deewani underwent a massive transformation and it left fans in awe of her. The different shades of Naina have a special place in our hearts. Her blue saree paired with a sequinned blouse in Badtameez Dil was a major hit. A lot of girls wore similar outfits inspired by her character.

Chennai Express was another milestone for the birthday girl. She looked different in the Rohit Shetty directorial but it was her top-notch performance wooed everyone. She played the role of a South Indian girl, Meenalochani. She was seen sporting traditional sarees which made her look elegant and graceful. 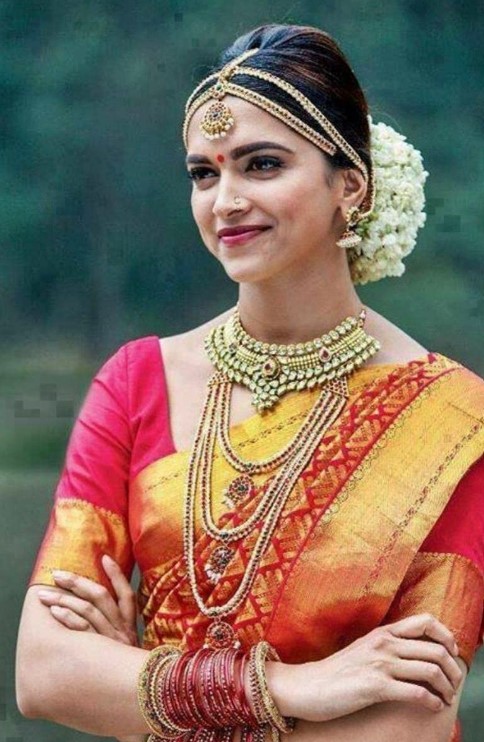 In Sanjay Leela Bhansali's Goliyon Ki Raasleela Ram-Leela, the actress appeared with her husband Ranveer Singh. Their chemistry became the talk of the town. Apart from that, her stunning lehengas stole the show. 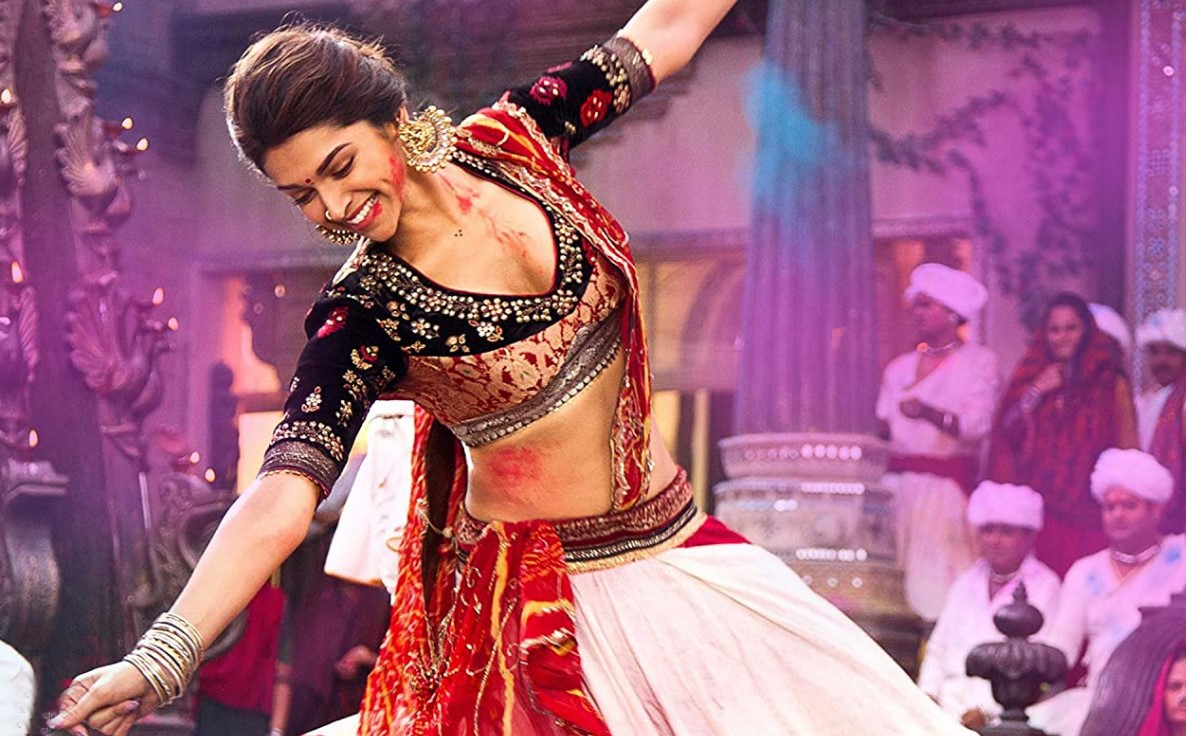 Deepika worked with Amitabh Bachchan in Piku. Their father-daughter bond was highly loved by the audience. In the film, Deepika was seen sporting subtle kurta and palazzo pants paired with a bindi and long tresses. Her simplicity wowed everyone. 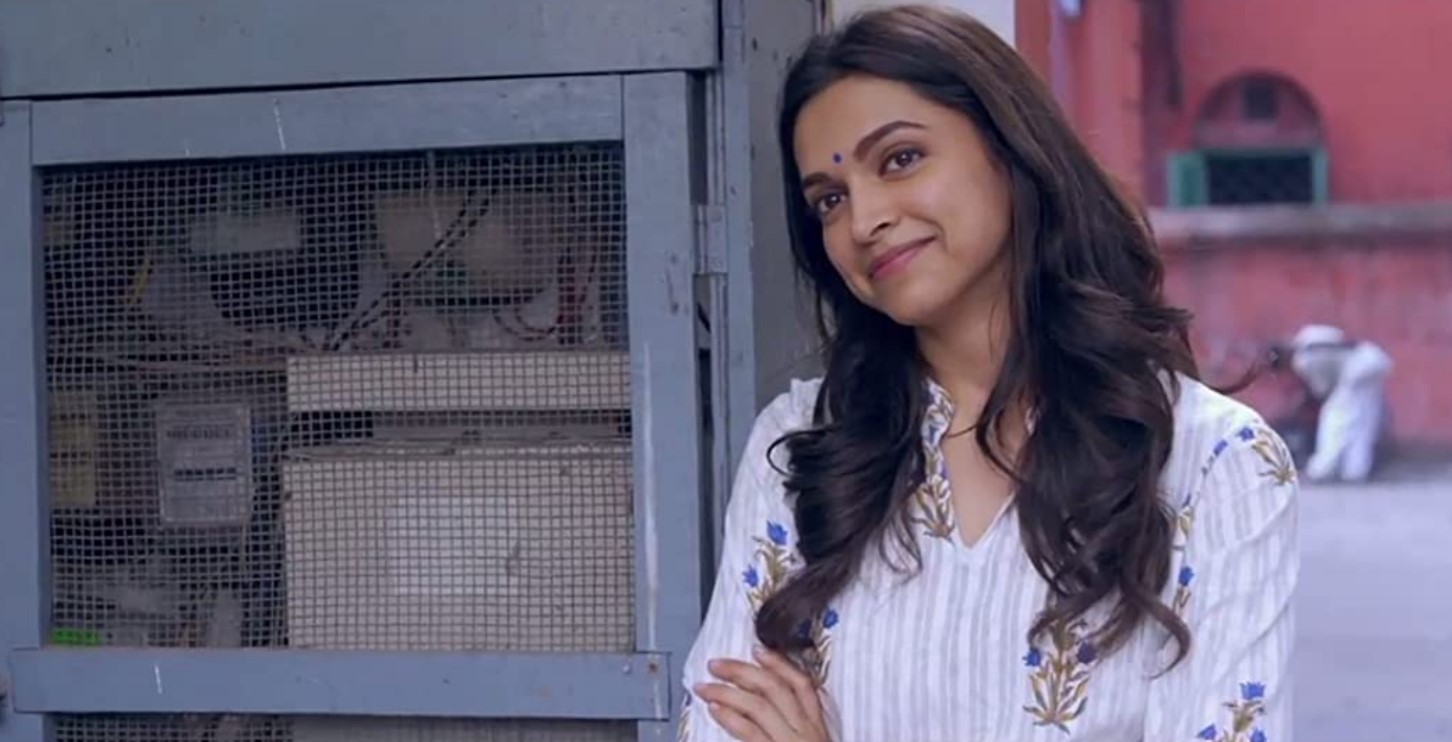 Deepika appeared with Ranbir Kapoor in Imtiaz Ali's Tamasha. Though the film failed to make it big at the box office, but it did earn critical acclaim. Apart from Ranbir and Deepika's performances, her style statement in the film caught everyone's attention. A lot of her female fans took inspiration from her easy, elegant and comfortable dresses. 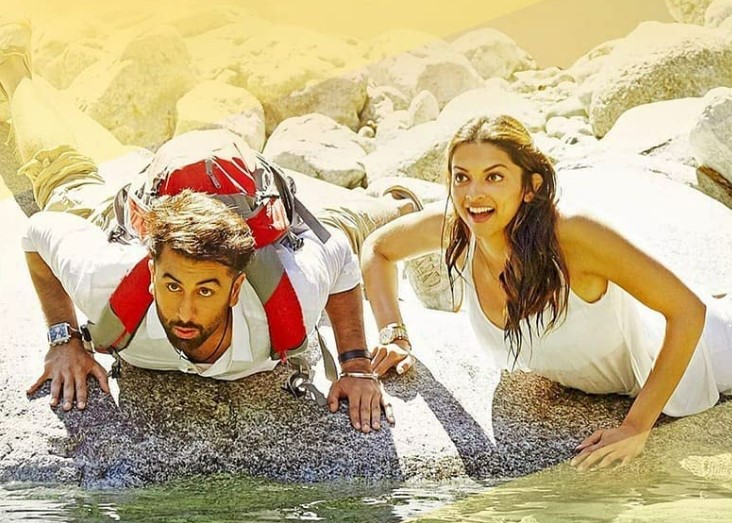 Ranveer and Deepika's Bajirao Mastani made headlines for several reasons back then. It fell prey to controversies from fringe groups but eventually, ended up getting its due credit. The film was a visual spectacle and so were Deepika's royal outfits. She wore a lot of heavily embroidered outfits in the film. Her golden outfit in the song Mastani Deewani went on to become iconic.

When Bhansali takes the wand in the hand, be sure to see the magic on the big screen. Despite several controversies, Padmaavat managed to hit the ball out of the park. Ranveer, Deepika and Shahid Kapoor bowled over everyone with their classy performances. Deepika, who has turned a year older today, played Rani Padmavati in the film and she donned some beautiful traditional outfits with heavy jewellery. Her red outfit in the Jauhar scene is one of the most striking outfits ever.

Deepika turned producer with Chhapaak. The story revolved around an acid attack survivor. She nailed the role to the T. After a long time, she was seen in a de-glam role and totally aced it. 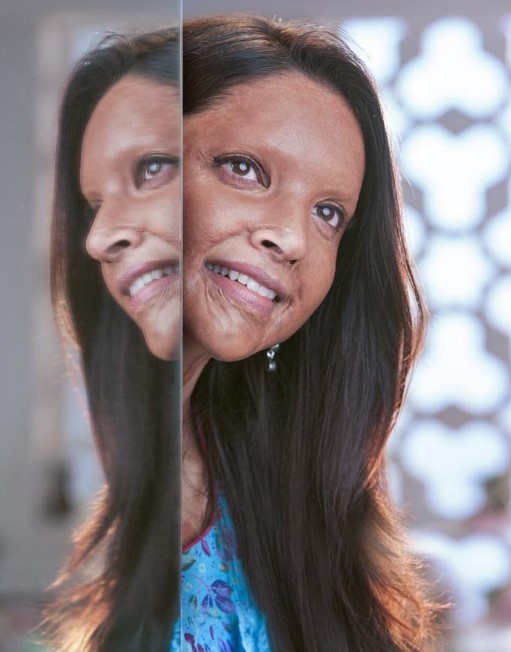 The birthday girl was seen playing Mohini's character in the film. She reunited with Shah Rukh Khan in this one. Her character was all about bling and shimmer. She wore a lot of glittery outfits and flaunted her perfectly toned body in the film. 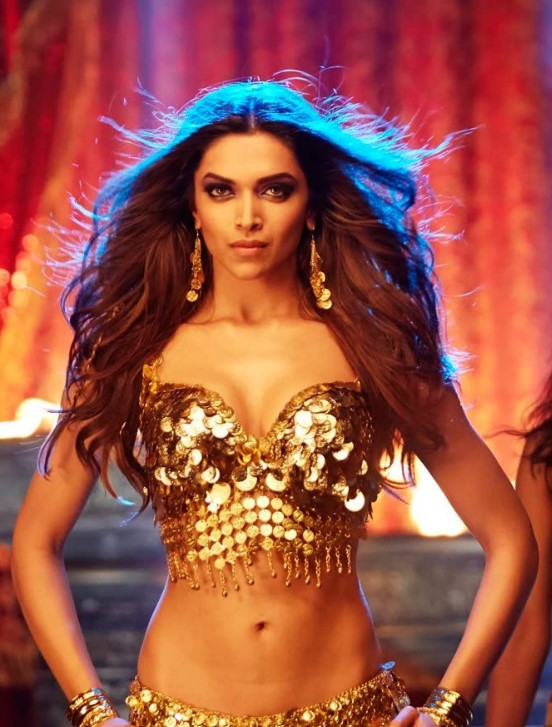 Deepika set the internet on fire with her bold avatar in Gehraiyaan. From sporting stylish bikinis to classy yoga athleisure, she looked all things hot. In this film, she also opted for a short and wavy hairdo, which brought freshness to her character. 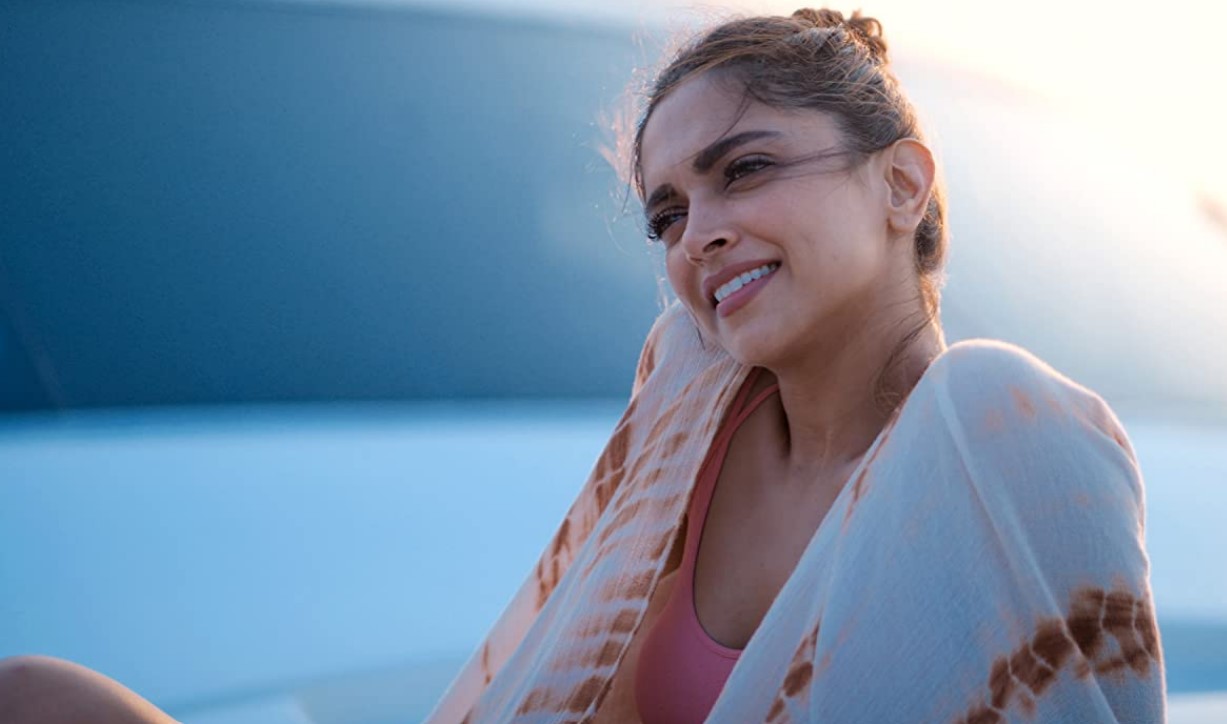 Deepika appeared in a double role in Chandni Chowk To China alongside Akshay Kumar. She sported different looks in the film but her black leather jumpsuit paired with a cape and bangs went on to become quite famous. 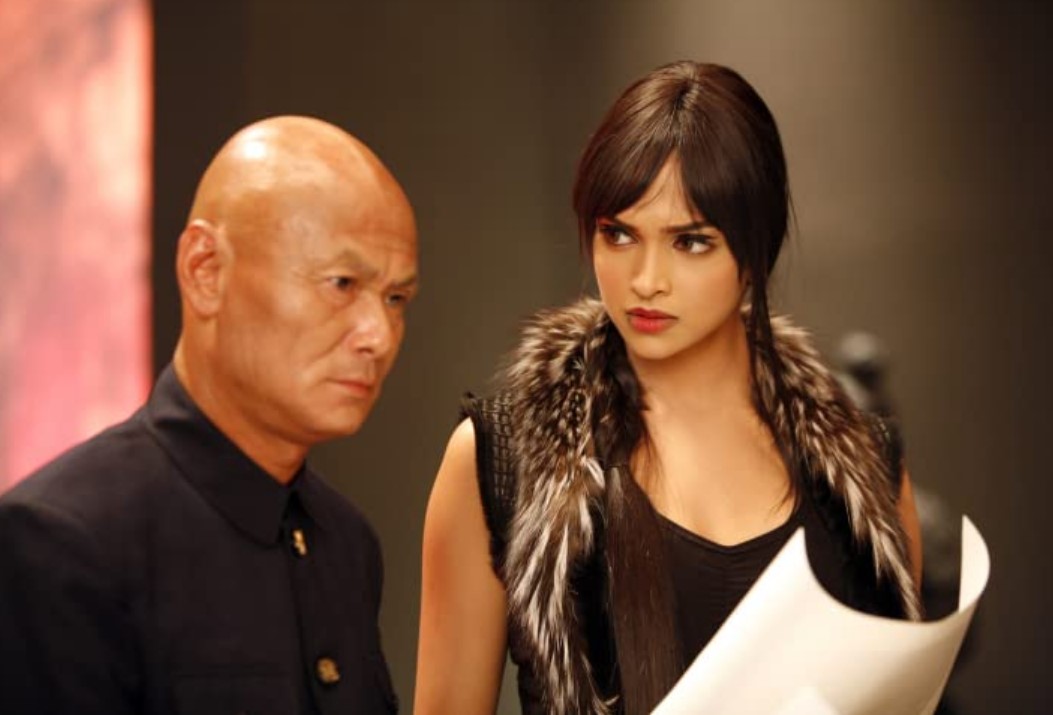 In Kabir Khan's '83, Deepika was seen playing Romi Bhatia's character while her husband Ranveer played Kapil Dev's role. Her resemblance with Kapil Dev's wife was uncanny. She was seen in a never-seen-before avatar as she donned a short hairdo like Romi Bhatia. Even though her role was small in the film, she did leave a lasting impression.

Anonymous
Jan 05, 2023
happy birthday beautiful deepika with all your over 100 crore movies in india and more from all over the world.
0 REPLY