On his Birthday, Hrithik Roshan opens up about his character in Fighter, and confirms that Krrish 4 and War 2 are under way and will go on the floors soon. Read detailed conversation January has always been a special month associated with Hrithik Roshan. It’s not just his birthday month, but also the month of his acting debut with Kaho Naa... Pyaar Hai. Through his 23 years journey in the Indian Film Industry, Hrithik has won over the love from audience all across the globe. Just a day ahead of his birthday, the author got into an exclusive fan led chat with Hrithik Roshan, wherein in a heart-to-heart conversation, the actor answered all questions sent by his fans and addressed their concerns too.

Hrithik Roshan opens up about Fighter & his character, Patty

Hrithik shared that he is currently in the process of exploring his character of Patty in Fighter. “It’s very interesting because Patty is a little younger than what Kabir was. Kabir is much more evolved and composed, but Patty is young, spontaneous and angry… Angry at things which I personally won’t be angry at. It’s an interesting space for me, because I remember being like that at one point of my life. Now, I have to play this character keeping my level of evolution aside,” he shares.

Patty is a little younger than what Kabir was. Kabir is much more evolved and composed, but Patty is young, spontaneous and angry
Hrithik Roshan

He is quick to add that the experience of shooting Fighter in Assam has been incredible. “We are shooting with real fighter jets. We just shot in a Sukhoi. It has been so inspiring just being around the Indian Air Force. There is so much to learn from their body language, decorum, the discipline, their courage and intelligence. I am very glad that I got to experience that myself,” he smiles.  Fighter marks the reunion of Hrithik with Siddharth Anand after the 2019 blockbuster War, and is slated for a Republic Day 2024 release.

After Fighter, there are speculations and chatter about Hrithik returning as Kabir in the sequel to War. When asked if that’s happening, he kept it simple. “Aditya Chopra is extremely secretive; I think you should just take it from my expression (on what’s happening). I am not saying anything.” Hrithik however confirmed that the next installment of Krrish is in the making and the fans will get an update on the same hopefully by end of this year. “I think, we should all get together and send out a little prayer. Everything is set (about Krrish 4) but we are stuck on one little technicality. Hopefully, we will overcome that by year end. Krrish 4 is definitely in the pipeline and it will happen real soon,” he confirms. 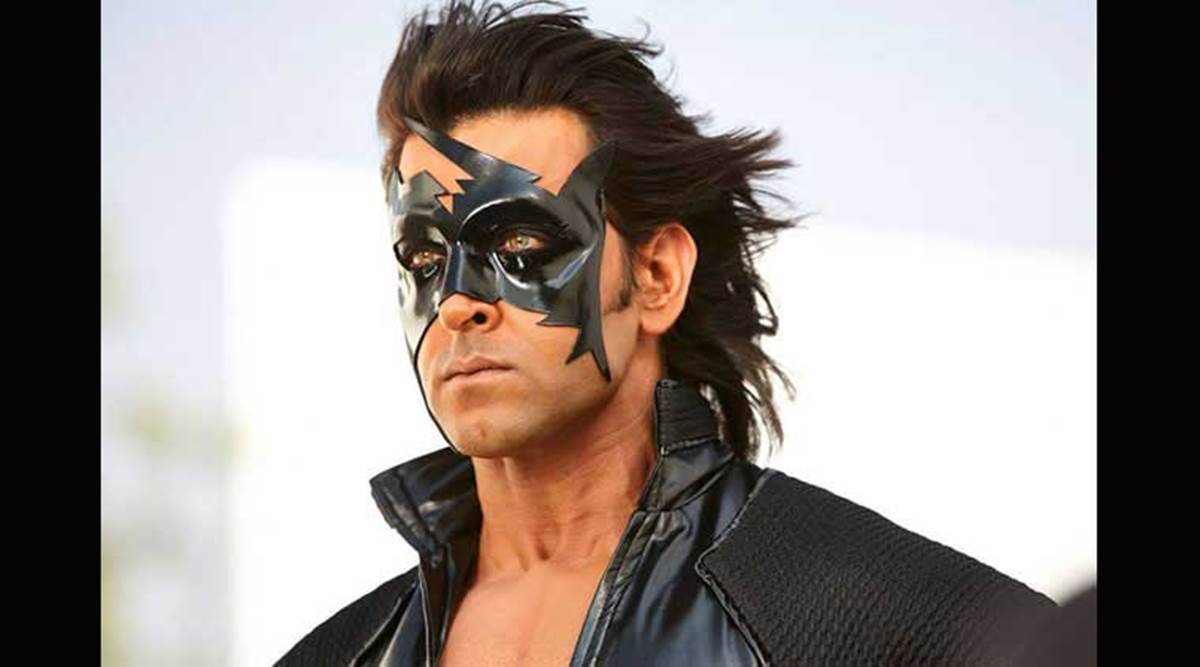 I think, Vedha would be fun as spin off. Zafar from Luck By Chance would be a great spin off too
Hrithik Roshan

There has also been conversations around the possibility of Jadoo's return to the Krrish universe 20 years after Koi Mil Gaya. Hrithik too had earlier hinted about the possibility of Jadoo’s return. So, is he actually back again? “You have to see the film for that,” he smiles, quick to add, “But there is magic.” When asked to share one fact and one rumour about the plot of Krrish 4, Hrithik gave an answer that would force everyone to put on their thinking hat. “Krrish looses… Jadoo Dies. It’s a tough one, tricky too,” he shares with a mischievous smile, leaving fans guessing which of the two is true.

Fans on social media have been abuzz with the possibility of Hrithik announcing his next film on the occasion of his birthday, but Roshan clears the air saying that he leaves alone the idea of announcements to his producers. “I leave theses things to the producers. We spoke of Krrish 4, so that’s there. For others, I will leave it to my producers and I think the announcement will happen soon”.

Zafar from Luck By Chance would be a great spin off, says Hrithik Roshan

We are living in the times of spin offs and sequels. Having done 25 films with so many memorable performances, is there a character he wishes to revisit in the form of a spin off? “I think, Vedha would be fun as spin off,” he reacts, adding further, “We have not seen much of what he could do. Zafar from Luck By Chance would be a great spin off too. There is Rohit from Koi Mil Gaya. Kabir is already coming soon with War 2. But I think, Zafar would top the list.”

Kabir is already coming soon with War 2...Krrish 4 is definitely in the pipeline and it will happen real soon
Hrithik Roshan

Social media is often flooded with fan creatives and videos made by his fans. Does Hrithik get the chance to see the work floating on social media? “Not only do I see them, sometimes I use them to inspire my directors. I remember, there was some fan made edit before Super 30, and I had taken a screenshot of that, tried to get people aligned to that kind of a world. It has been very helpful. Even in Fighter, I saw something recently and it was so good that Sid and I have exchanged messages on how we need to do better than what fans made. It’s always amazing when fans send things that inspire,” he concludes.

Hrithik celebrates his 49th birthday today and we wish him all the joy, happiness and luck. Here’s to an action-packed entertaining year ahead. Keep on reading Pinkvilla for more updates.

Anonymous
Jan 10, 2023
Why do you need Zafar,Kabir why not your krisna, Ram ,etc ashamed of yourself
0 REPLY