Producers Rhea Kapoor and Ekta Kapoor opened up about the project in an exclusive chat with Pinkvilla. After backing Kareena Kapoor Khan, Sonam Kapoor, Swara Bhasker and Shikha Talsania starrer 2018 film - Veere Di Wedding, filmmakers Rhea Kapoor and Ekta Kapoor have pulled off another casting coup with Tabu, Kareena and Kriti Sanon headlining their next production - The Crew. In fact, Pinkvilla was the first to report that Rhea and Ekta have collaborated on this massive project. Now, in an exclusive conversation, the producer duo opens up on putting this project together.

Rhea says that she hadn’t expected Veere Di Wedding to do the numbers that it did at the box-office. “It was the largest opening for a female protagonist film ever till now. When that happened I felt so good, because I was like people underestimate the strength of the female audience, who are very loyal. They watch films over and over again. So that’s when I made up my mind that I am not going to rush into anything that’s predictable. I am going to go and do things the way I have always done them, but the one thing that I will do is I will justify the potential strength of this audience,” says the producer.

She further adds, “I don’t see a reason why a movie made for a female audience cannot open on a big holiday. My aim was that now that this audience has found our films and we have found our audience, I want to create something that gets them excited, makes them feel like getting represented, and gives them a big entertaining movie on a holiday just like the boys always have. So I am going to put my heart and soul into it. That’s how this movie’s idea was germinated.” 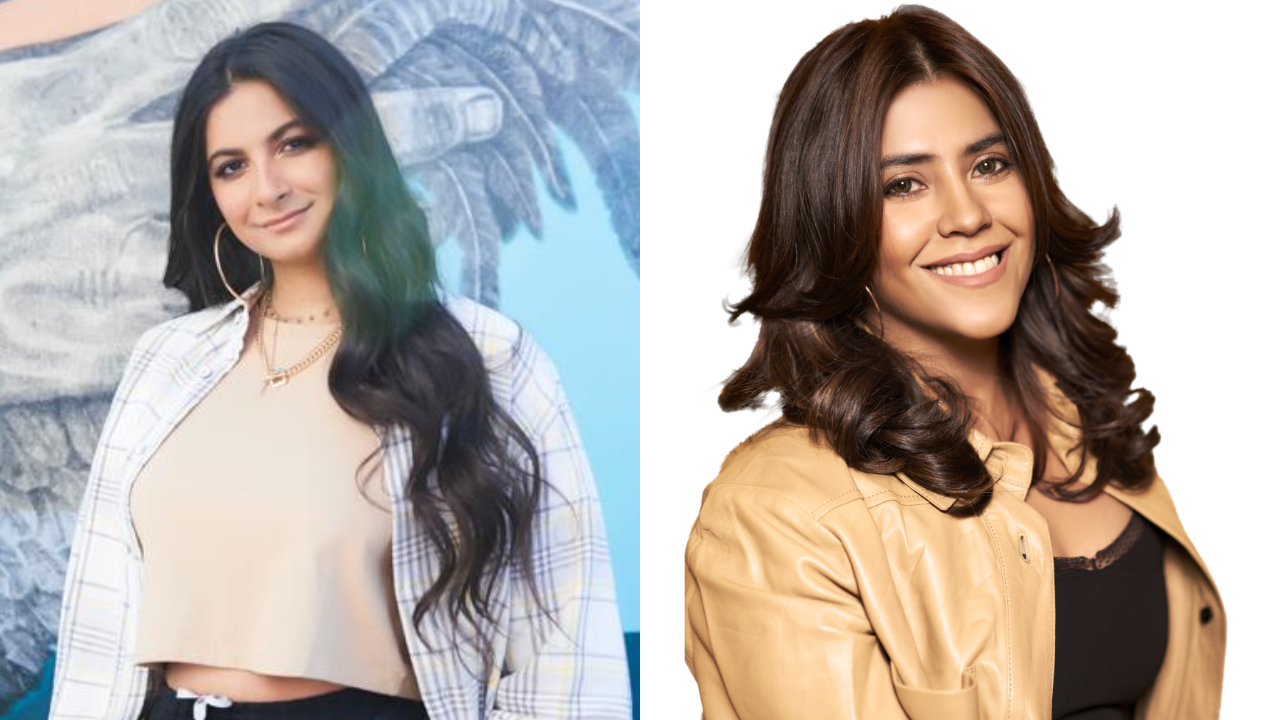 Ekta shares that she was looking forward to reuniting with Kareena and Rhea after Veere Di Wedding. “Tabu, Kareena and Kriti, all of them have a distinct charm that they bring onto the screen. Their acting prowess and captivating enigma have made them the leading ladies in their era of Bollywood. Each one of them has ruled in their decade and continues to wow audiences. It could have been none other than these three as the protagonists of ‘The Crew’. This is a dream ensemble, and we couldn’t have been more excited,” states Kapoor.

Rhea informs that she has created The Crew with the writers of Veere Di Wedding, and had started developing the script soon after the release of her 2018 film. “The first person cast in this film was Kareena, because we haven’t seen her do comedy like this in a really long time. She is a glamorous character, and it’s going to be really fun. There is nobody else who can play this role. So when I went to her and narrated the film, she immediately agreed. The moment the narration was over she was onboard,” shares Rhea.

Furthermore, Rhea says that Kriti Sanon is the new shining star. “She is a really authentic girl. The minute you meet her you know that she stays true to her roots and her family, and that was really important for this character and the film. More than anything else I like the fact that Kriti is so determined and hardworking. Out of this crop of heroines she has been the most diverse in her work. She has found a good balance and I really appreciate that. She is truly fantastic,” says Rhea.

Rhea Kapoor states that she took almost two months to lock Tabu for the project. “She is iconic, and has had such a great relationship with my family for so long. But maybe after Virasaat and Biwi No.1, she hasn’t collaborated with anybody in my family because everyone has been doing different things, and we always had mutual love for each other. So I remember I flew to Hyderabad to offer her the film. She sat patiently, heard the whole narration, and said let me think about it. Then I didn’t hear from her, and I was like, ‘Oh My God, she hated it. What have I done? I am so embarrassed’. You know, the film is like your baby, so you get nervous,” recalls Rhea.

She elaborates, “Then a few days later she replied saying lets meet, and asked some questions. We met again four days later, where she asked some more questions, then she met the director and had a few more questions for him too. Then finally that day I told her, ‘Before I leave you have to tell me’. She said, ‘Yes, I will do the film.’ I was super elated.”

After locking her cast, Rhea went to Ekta with the film and they finalised the movie. Ekta shares that the film will go on the floors in February 2023. She also opens on how The Crew is very different from Veere Di Wedding. “This is a completely new franchise and is not connected to Veere Di Wedding. 'The Crew' will explore the hilarious trysts of three working women in the airline industry with some unexpected circumstances, and how they overcome this with their zest for life,” Ekta Kapoor concludes.